European Union Brings Relief To The Victims Of Earthquake In Nepal

European Union Brings Relief To The Victims Of Earthquake In Nepal 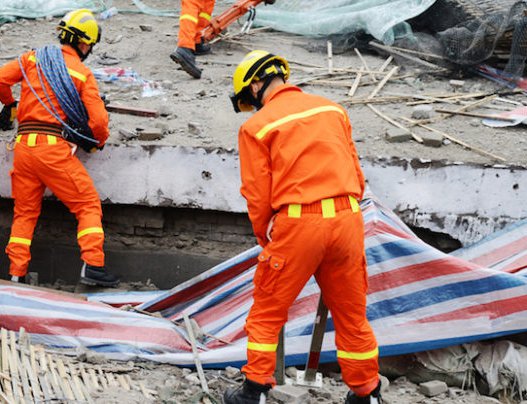 In response to the strong earthquake that struck western Nepal in early November, the European Union is providing €200,000 (over 27 million Nepalese rupees) in humanitarian funding to assist the most affected families.

This EU funding supports the Nepal Red Cross Society in delivering much needed assistance, including the provision of shelter materials, such as tarpaulins, blankets and mattresses, as well as the construction of latrines and water supply facilities. Health promotion activities will be organised to ensure access to essential health care services. The most affected people will also receive cash grants to meet their basic needs.

The humanitarian aid will directly benefit 11,000 people whose houses have been destroyed or damaged in the wake of the earthquake.

The funding is part of the EU's overall contribution to the Disaster Response Emergency Fund (DREF) of the International Federation of Red Cross and Red Crescent Societies (IFRC).

Approximately 30,000 people were affected when a powerful 6.6-magnitude earthquake hit remote areas of Nepal’s Sudhurpaschim province on 9 November. Followed by several aftershocks, the tremor left close to 1,000 homes destroyed while over 5,000 others were damaged. Most of the affected families were forced to liveout in the opendue to the extensive damage of their homes and the fear of aftershocks.

The European Union and its Member States are the world's leading donor of humanitarian aid. Relief assistance is an expression of European solidarity with people in need all around the world. It aims to save lives, prevent and alleviate human suffering, and safeguard the integrity and human dignity of populations affected by natural disasters and man-made crises.

Through its Civil Protection and Humanitarian Aid Operations department, the European Union helps millions of victims of conflict and disasters every year. With headquarters in Brussels and a global network of field offices, the European Union provides assistance to the most vulnerable people on the basis of humanitarian needs.

The European Union is signatory to a €3 million humanitarian delegation agreement with the International Federation of Red Cross and Red Crescent Societies (IFRC) to support the Federation's Disaster Response Emergency Fund (DREF). Funds from the DREF are mainly allocated to “small-scale” disasters – those that do not give rise to a formal international appeal.

The Disaster Response Emergency Fund was established in 1985 and is supported by contributions from donors. Each time a National Red Cross or Red Crescent Society needs immediate financial support to respond to a disaster, it can request funds from the DREF. For small-scale disasters, the IFRC allocates grants from the Fund, which can then be replenished by the donors. The delegation agreement between the IFRC and ECHO enables the latter to replenish the DREF for agreed operations (that fit within its humanitarian mandate) up to a total of €3 million.