YOUTH AND WOMEN IN POLTICS : A Long Way To Go

Supported by the European Union, Helvetas Nepal, Oxfam and Yuwalaya, and conducted in collaboration with the Youth Sounding Board (YSB) and Youth Panel, the consortium of Ujyalo Foundation, Accountability Lab, and Antenna Foundation Nepal, the study was concise and brief. 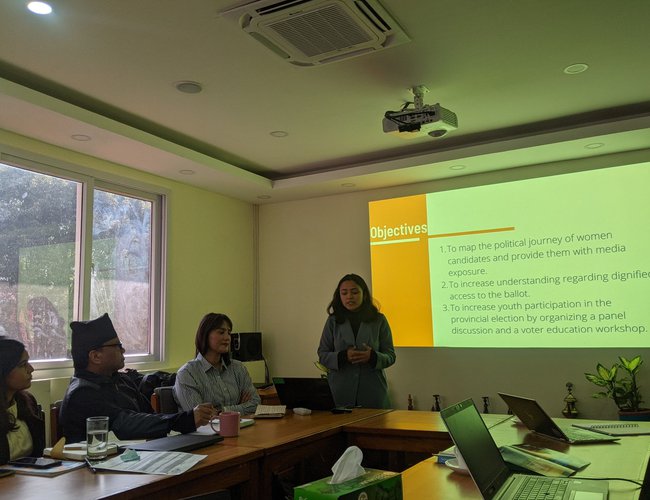 A study conducted by a group including Aagya Srestha, a young researcher and member of the Youth Sounding Board (YSB), revealed that contemporary politics is not conducive to women and the young and predicted few representations in the election. When it was published, one has difficulty believing given the constitutional protection, and the number of women and young voters and candidates participating in the General Elections.

However, a month later when the final outcome of the General Elections and Provincial Assembly Elections 2022 was published, Shrestha’s team findings came true with very few women and young were elected members of the Provincial Assembly and House of Representatives under first-the-past-post (FPTP). 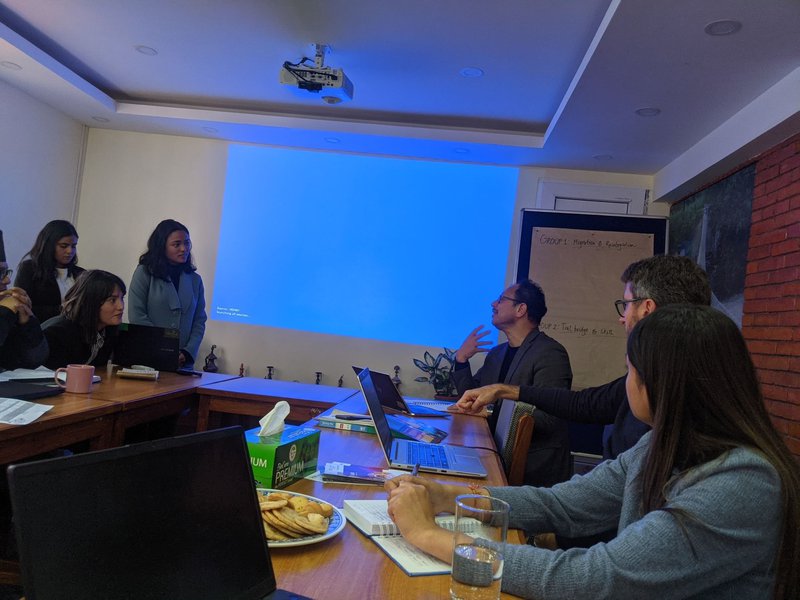 Supported by the European Union, Helvetas Nepal, Oxfam and Yuwalaya, and conducted in collaboration with the Youth Sounding Board (YSB) and Youth Panel, the consortium of Ujyalo Foundation, Accountability Lab, and Antenna Foundation Nepal, the study was concise and brief. However, the conclusion of the report is very relevant and close to the final results of the two elections.

In her presentation at Helvetas Nepal’s office along with members of other Youth Sounding Board Members, Helvetas’s team and Promotion of Youth Engagement in Local Governance Process (PROYEL), Aagya Shrestha narrated the pathetic results of the study.

“There need to start intervention from the early stage for the meaningful participation of youth and women. The young women have suffered double as they are denied equality because of women and young,” said Shrestha in her presentation.

Youth are at the forefront of political reforms and political change but their participation in the process is nominal. “Youth have been playing an important role in leading all the agitations including the Maoist insurgency. They have will and power what they require is the skill of politics and the body like Youth Sounding Board and Youth Panel brings the change,” said Dr. Prabin Manandhar, CountryDirector of Helvetas Nepal. “Elections and politics is a process and it is time-consuming.” “Governance, Social Justice and Development are key sectors and engaging the youth in these sectors to make difference. Youths do not know the country’s priority. YSB is there to give more space and voice to youth.”

Launched a year ago, the Promotion of Youth Engagement in Local Governance Process (PROYEL) has been organizing various programs engaging the youth at the local levels of governance and another process in Madhesh Pradesh and Karnali Province.

“Our short experiences have shown that the majority of youth and women are unaware of their rights and service offered by local levels. Helvetas is hoping to bring change to the state in the coming five years.”

Supported by European Union and Helvetas and implemented by local-level youth groups, PROYEL is aiming to generate a level of awareness among the youth about the political rights and governance process of the local level.

“Overwhelming majority of young and women are out of political spectrum. Dominated by the elderly generation, only a few youth and women are allowed to contest in FPTP,” said Pragya Panta, a member of YSB.

“What we have learned from our short experiences in implementing the programs and organizing various programs is that there need for awareness about the local level governance and increase women and youth’s engagement is key to increasing the meaningful participation of youth in the political process,” said Program Manager Badri Manandhar.

“Among different ways to unite youth and generate awareness about local level governance, we are also providing training and knowledge about the digital media use to mobilize youth and build a network,” said Aagya Pokharel, Project Coordinator at Helvetas Nepal of PROYEL Project.. “We are also using YSB to share their experiences with youth panels that are formed at the local level.”

Although over 60 percent of elected representatives at local levels are young below 40, an overwhelming majority of youths are yet to have a voice at local levels.

“Participation in political activism and engagement with the local governance process are two different things. PROYEL has been focusing on engagement. YSB is also for engagement,” said Bindu Sharma, GESI Officer at Helvetas Nepal.

As the final results of the recently held elections of the House of Representatives showed disappointing performance. Only nine out of 225 female candidates were directly elected to Nepal's Parliament.

Of the 162 among 165 constituencies where winners of the First Past the Post (FPTP) ballots have been counted from Nepal’s parliamentary elections, only nine are women. There were 225 female candidates among the 2,412 contesting the federal election.

Similarly, only two candidates are elected below 30 and 7 candidates between 30-40. However, over 40 percent of candidates at the local levels are below 40 age.

Sujit Chaudhary, a member of YSB, lacks political awareness among the youth hampering their participation at the political process. Namuna Giri another YSB believed that engagement of youth at the local governance can bring a change.”

Taking part in YSB members, Lionel Giron, Regional Coordinator for Bhutan, Nepal and Vietnam of Helvetas, said that process of political participation remains painful for women and youth all over the world and Nepal is no exception. “Programs must give priority to youth and women giving respectful engagement at the political and governance process.

Youth Sounding Board Member Namuna Giri said that she sees a huge amount of support for youth candidates in the election. Other YSB members share similar visions. 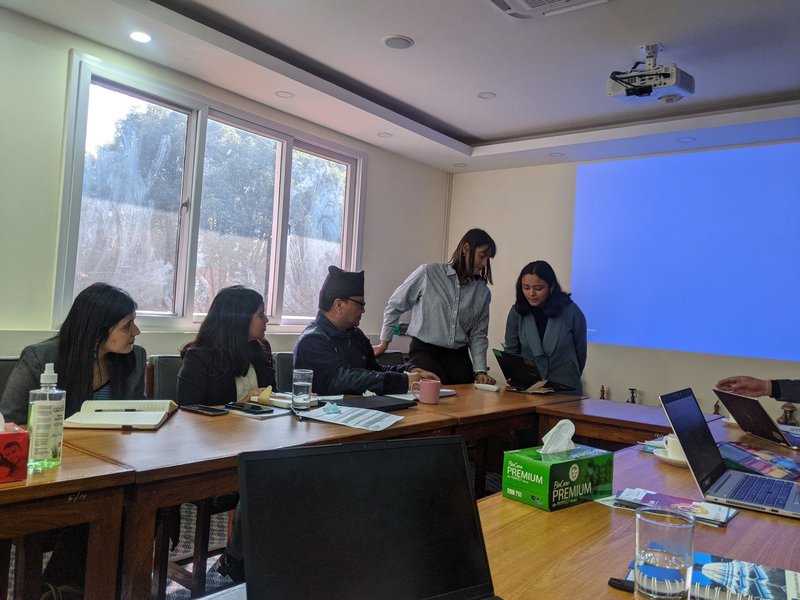 To increase the participation of women and youth at national and provincial levels, their meaningful enjoyment at the local level of governance is key. “Time has come to change the strategy and priority to bring the youth and women representation at all political levels,” said Aagya Shrestha.

US Under Secretary Nuland Pays A Courtesy Call On PM Prachanda By NEW SPOTLIGHT ONLINE 10 hours, 56 minutes ago

US Under Secretary Nuland Arrived In Kathmandu By NEW SPOTLIGHT ONLINE 1 day, 2 hours ago

Nepal Has Huge Potential As A Producer Of Green Energy: British Ambassador Pollitt By NEW SPOTLIGHT ONLINE 1 day, 14 hours ago