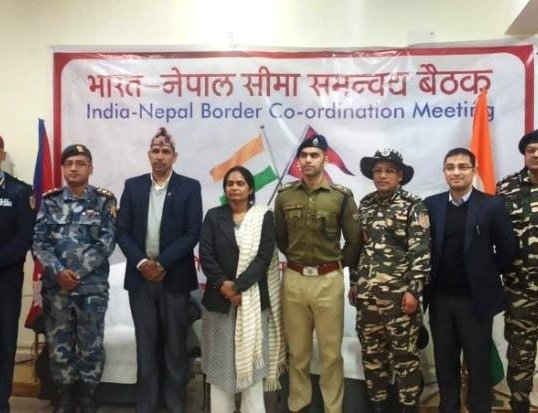 Following the intervention from the central level, a major tension appeared at the local level was averted. Using quiet diplomacy through the Ministry of Foreign Affairs, Nepal reached out to Indian authorities about the construction of an embankment by local Indian authorities towards the Nepali border and violent regiment on the Nepal side which could easily be exploited by the inimical forces of both countries.

After direction from New Delhi as per the demand of Nepal, Indian authorities agreed to dismantle the embankment constructed at Mahakali and push the river channel in its original route.

Nepali and Indian district administrative officer and security officials agreed to resolve the crisis that appeared following the construction of an embankment by India to shirt the original course of the Mahakali River towards Nepal’s district headquarter in Khalanga.

In a meeting held on Monday, Tuesday and Wednesday, the chief district officer of Darchula District Dirgharaj Upadhyaya conveyed Nepal’s stand to his Indian counterpart in the Uttarakhand district of Pithoragarh.

As per the request of Nepal, Indian authorities agreed to dismantle the embankment constructed in the past few days and allow the Mahakali River to back its original course.

Nepal’s Ministry of Foreign Affairs sends a diplomatic note requesting India to stop the construction of an embankment in the river with an aim to divert the river course to Nepal. The meeting was held in an attempt to resolve the dispute. He said the Indian side had agreed to halt embankment construction for the time being.

Local people organized the anti-embankment rally as they fear India’s “unilateral” embanking of the river will permanently change the river’s course and hence the repeat scuffles, said Upadhyaya, the Darchula CDO.

Earlier, there had been an agreement between Nepali and Indian officials whereby both sides would refrain from constructing embankments along the disputed parts of the river.

“After a high-level meeting, India agrees to suspend the construction work. This will likely end anti-dam protest in the district headquarter,” Upadhyaya said.”Nepal and India are good neighbors. This is the reason we were able to amicable solve the crisis and

After getting the report, Nepal urged to strengthen its own embankments on Mahakali and immediately take up the matter with India.

“The Ministry of Home Affairs has on Monday written to the Ministry of Foreign Affairs requesting a long-term solution to the recurring disputes in Darchula,” Basanta Bhattarai, deputy spokesperson at the Home Ministry told the Post.

On the basis of the report received from the District Administration Office, Darchula and similar past incidents in the district, we have asked the foreign ministry to initiate talks with India to seek a long-term solution, said Bhattarai.

Darchula has reported several border-related issues in the past and the government has sent two diplomatic notes to India, but the southern neighbor has generally snubbed such concerns.

Officials said the situation on the Darchula border at Khalanga turned tense on Sunday evening after police used force to disperse Nepali demonstrators who had closed the Jhulaghat Bridge across the Mahakali River to protest India’s unilateral construction of embankment on its side. Several Indian traders who were stuck on the Nepali side following the bridge’s closure were also injured.

Incredible Opportunity To Visit Patan Durbar Square In Nepal: US Under Secretary Nuland By NEW SPOTLIGHT ONLINE 2 hours, 51 minutes ago

US Wants To Make Its Collaboration And Strong Economic Relation With Nepal: US Under-Secretary Victoria Nuland By Agencies 9 hours, 17 minutes ago