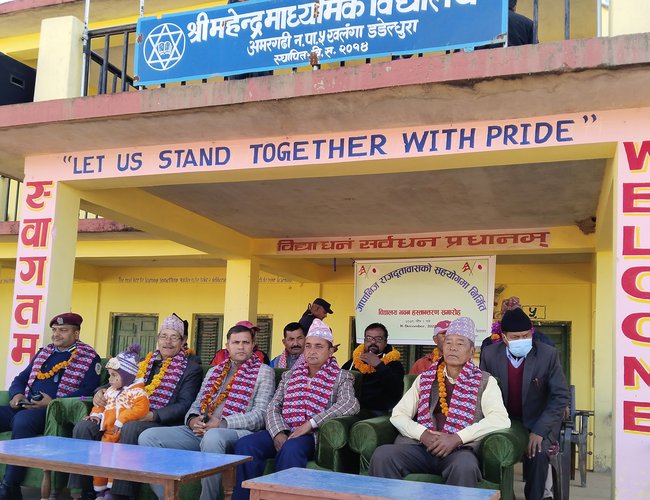 The handover ceremony of newly-built classrooms to the Shree Mahendra Secondary School in Dadeldhura district took place today. The new building has been built with USD 81,465 (approximately NPR 9.2 million) under the Grant Assistance for Grassroots Human Security Projects (GGP) of the Japanese Government.

On the occasion, Kikuta Yutaka, Ambassador of Japan to Nepal, sent a congratulatory message to all involved in the project. He recognized the efforts of all who worked with the Embassy to complete the project. He also expressed his hope that the newly-built classrooms will contribute to the quality education of the Dadeldhura and the nearby district.

Shree Mahendra Secondary School was established in 1957 and is a significant regional educational institution, including its general and technical courses. Prior to building the new classrooms, which have capacity for 400 students, students studied in crowded and unsafe/substandard conditions. Now they enjoy a safe and comfortable environment which is much more conducive to learning and has improved the overall standard of education at the school. 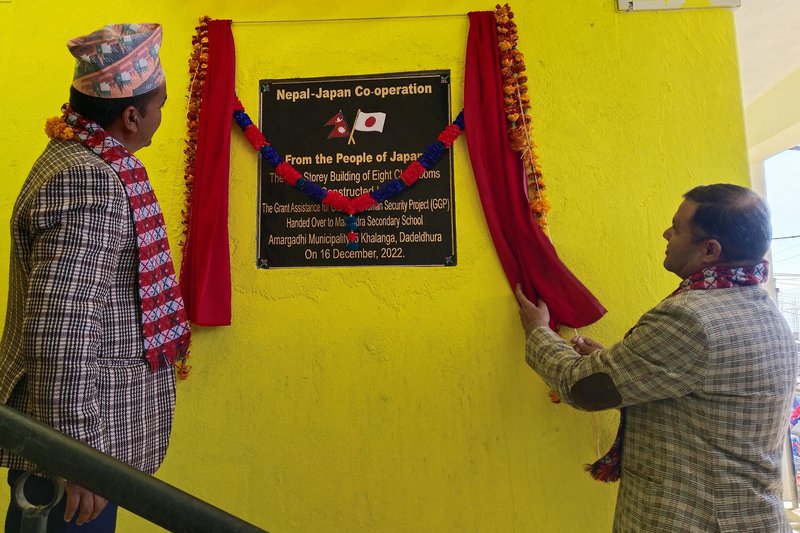 The year 2022 is significant as it marks Japan and Nepal's 120th anniversary of the first Nepali students traveling to Japan. The Embassy hopes that the students who study in the newly constructed classrooms through this project will have a bright future of their own and contribute to building even friendlier relations between the two countries, Japan and Nepal. GGP was established to implement projects directly benefiting people at the grassroots level for the community's socio-economic development. Since 1991, over 200 GGP projects have been implemented in Nepal.