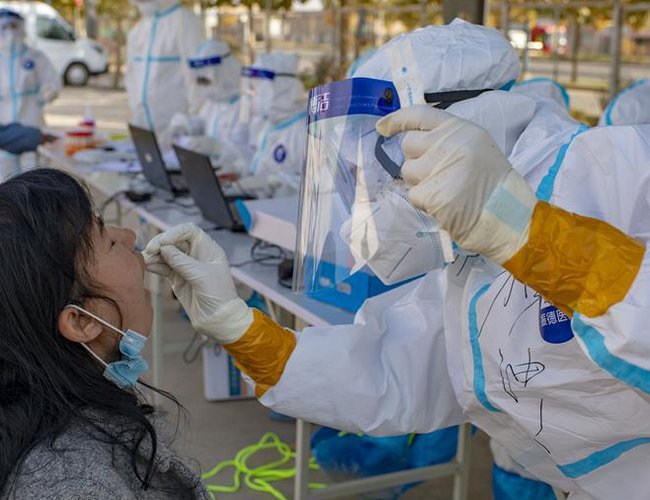 China's government has kept the daily count of coronavirus deaths at zero since reporting two fatalities on December 3. But local media say people with COVID-19 are dying as infections surge in the country.

The virus has been spreading in Beijing and other major cities since the government relaxed COVID restrictions on December 7.

A local media outlet reported that a 37-year-old former soccer player with diabetes died on December 12 after being infected.

Another outlet says a 74-year-old man who had tested positive died of pneumonia on Thursday.

At a funeral home in Beijing, dozens of vehicles carrying bodies were seen lining up for cremation.

Sources say workers there have tested positive, and it is taking more time than usual to cremate the bodies.

But Taiwan media quote a funeral industry worker as saying many people have died after being infected in recent days, most of them elderly.

Zelenskyy Meets With EU Leaders By Agencies 1 hour, 19 minutes ago