Youth panel leaders representing the Promotion of Youth Engagement in Local Governance Process (PROYEL), Members of the Youth Sounding Board and youth leaders agree to fight against GBV 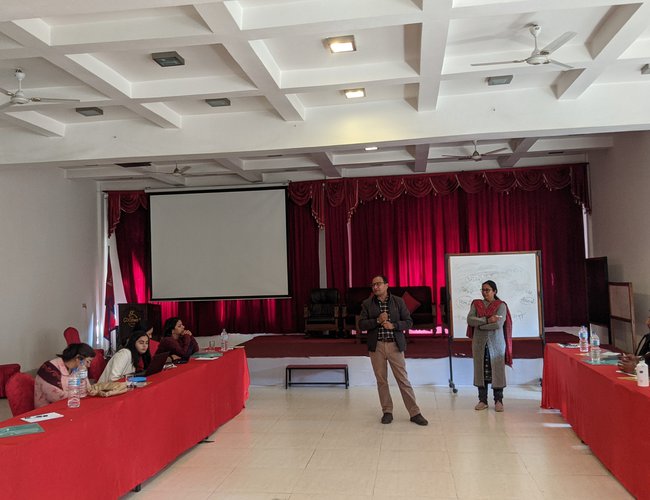 For Richa Singh Danuwar, 24, Youth Panel Coordinator of Kshireshwornath Municipality of Dhanusha district of Madhesh Pradesh, participating in two day Round Table Discussion with policymakers on Gender-Based Violence (GBV) faced by youth is a significant event.

Funded by the European Union and implemented by Helvetas-Nepal in close partnership with local NGOs, Promotion of Youth Engagement in Local Governance Process (PROYEL) has been equipping youths like Danuwar with basic information on the constitutional, legal process, VAW and issues of LGBTQ Plus.

During the campaign period, EU Ambassador to Nepal Nona Deprez and EU staff has made their pledges! These commitments go beyond 16 days and serve as principles to build a better and inclusive world to #EndViolenceAgainstWomen and ensure dignity, freedom & justice for all!

As they are young with broader engagement at a different level, generating awareness of GBV among youth panel leaders and Youth Sounding Board members is highly important and relevant.

Having affiliated with PROYEL, Danuwar, a national Kabbadi Player, came to know that there are so many issues related to GBV and other issues of sexual discrimination. She also learned that GBV is not only physical but also verbal and symbolic. 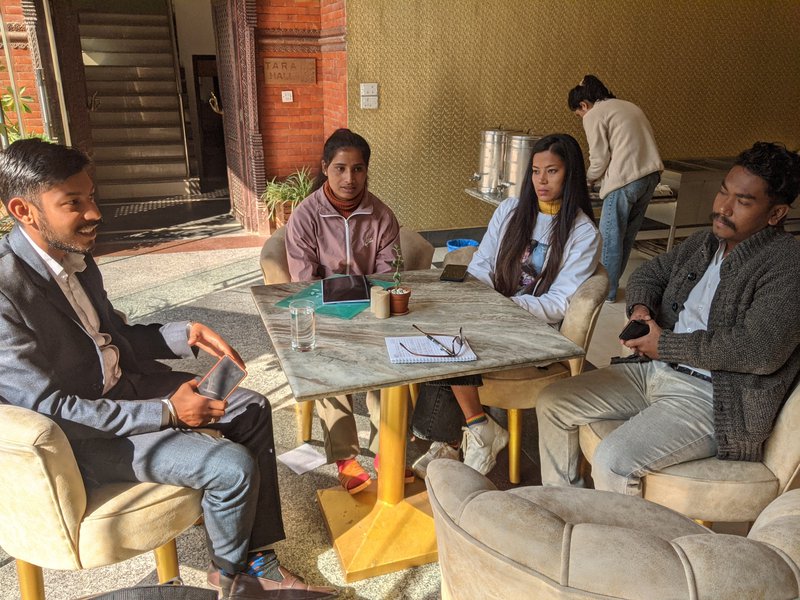 "I have learned many issues related to gender-based violence, violence against women and other sexual groups including LGBTIQ+. I have learned ways to legal and other issues as well," said Danuwar.

Twenty Years old Yam Bahadur B.K, a resident from the Jajarkot district of Karnali Province, too is a youth panel leader supported by PROYEL, also find the entire two days of discussions fruitful.

"I am now able to explain Gender-Based Violence and violence related to LGBTQ. Intense discussions in two days dialogue," said BK." We were listening to so many things about gender-based violence and sexual violence of different forms. This two-day workshop helped me to take the issue now."

BK, a youth panel member from Jajarkot, has already joined several pieces of training related to local-level governance, constitution, and digital media, and learned a different aspect of GBV for the first time.

Abhi Nandan Basnet, 22, a member of the Youth Sounding Board, has been running a digital media platform from Sukhet of Karnali Province. For Basnet, this was the first training of such kind where he learned the technical and legal parts of GBV. “I know that GBV is rampant in the rural areas of our province but only a few people knew about the legal remedy," said Basnet. "I will disseminate all the information I learned in two-day programs through various social media."

Organized to mark International Day for the Elimination of Violence against Women and 16 Days of Activism, 27 youths representing Youth Panel leaders and Youth Sounding Board members from Madhesh Pradesh, Karnali Pradesh and Sudur Paschim attended the program.

This period is very important as each year, from 25 November to 10 December, World Human Rights Day, the 16 Days of Activism campaign calls for action against one of the world's most persistent violations of human rights – violence against women.

Hosted by Helvetas Nepal, Oxfam and Yuwalaya, national NGO, experts and activists moderated the programs disseminating information on what 16 Days of Activism is all about and how people around the world unite to raise awareness about gender-based violence, challenging discriminatory attitudes and call for improved laws and services to end violence against women for good.

In 2022, the campaign has a dedicated focus on ending femicide, also referred to as the gender-related killing of women and girls.

Why does The Program Matter

Violence against women continues to occur at an alarming scale in all the provinces of Nepal. Generating awareness about GBV among youth can make a big difference in a society where too often it is accepted as normal behavior and the culture of discrimination against women allows violence to occur with impunity. They were also taught recent movements such as #MeToo and #TimesUp have propelled this issue onto the global stage. 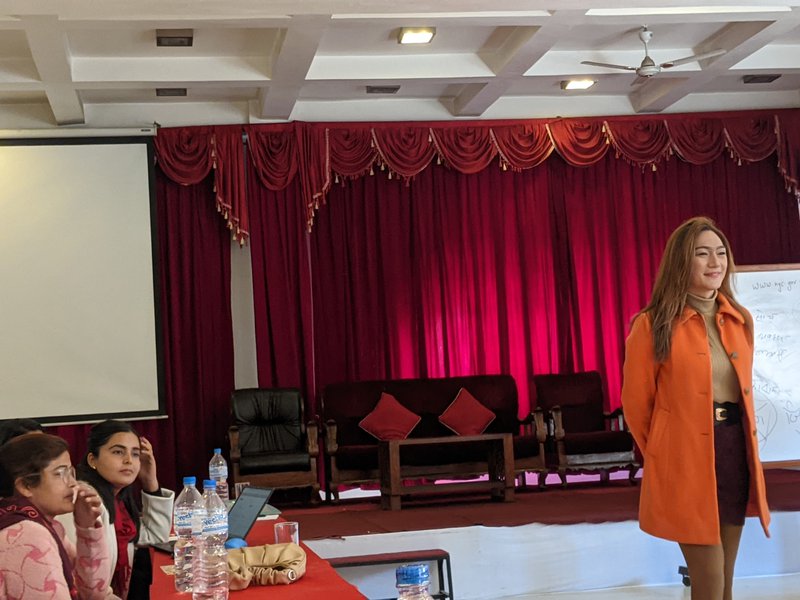 According to Bindu Sharma, Gender Equality and Social Inclusion Officer, from Helvetas Nepal, the major objectives of dialogue were to discuss gender-based violence faced by youths, gender-based gaps in policies and implementation in education systems, discussion of prevailing SGBV/harmful social norms, and discussion on obstacles for youth employability after completion of education.

In his introductory remarks, Sanjeev Adhikari, Yuwalaya, highlighted the detailed course of the dialogue and the importance of the program in the present context.

A well-known LGBT activist of Nepal, Peter Rai, Blue Diamond Society presented LGBTQI++ rights, policies, and gaps in the present day society. Santosh Maharjan and Sanjeev Adhikari organized a group discussion for the preparation of the Charter and moderated it during the group presentation.

However, violence against women is a global problem and it requires global action. Calls for action like the 16 days of Activism are crucial because they shine a spotlight on the issue of violence against women. They are a moment to create public awareness about what needs to change to prevent it from happening in the first place at local, national, regional and international levels.

To end violence against women, we need to challenge the attitudes that perpetuate, rationalize and normalize that violence, and deny women's right to safety. Men are overwhelmingly the perpetrators of gender-based violence. To see violence truly eliminated, the attitudes of men need to change. Shifting these behaviors is hard and slow, but gender equality means all of us, and working with all genders is the only way to see true change.

"We're working with both women and men across the country to see gender-based violence to run awareness-raising and violence prevention programs. During the 16 days we have highlighted the issue of violence against women in the country through the dialogue,"said Dr. Prabin Manandhar, Country Director of Helvetas Nepal. “The role of youth is very important to prevent VAW."

"Our experiences in working with youth showed that violence against women is not inevitable; it is preventable. We can end this telling our families, schools, communities and workplaces," said Aagya Pokharel, Project Coordinator, Helvetas Nepal.

With the advancement of the federalization process in Nepal, the municipalities have been on the frontline of public service delivery and they are uniquely positioned to design and deliver a holistic response to local development and humanitarian issues. In this scenario, the project is to create a space to build a new set of relationships to give youth a voice and an opportunity in shaping and engaging in the local governance and development process.

As two days of round table dialogue with policymakers concluded, 27 youths (from Sudurpaschim, Karnali and Madhesh Province) learned about GBV faced by youths, youth employability, prevailing SGBV and Harmful social norms. This will bring change.