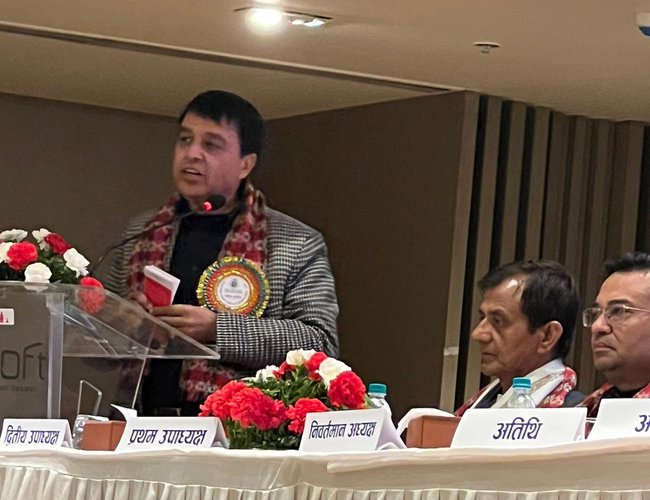 Chairman of Lumbini Cable Car Private Limited Chandra Prasad Dhakal said that civil work of the cable car towers had almost been completed and it would be brought into operation from February.

Dhakal announced this in at the company's 19th annual general meeting held in Kathmandu on Friday. The Lumbini cable car starts Butwal in Rupandehi district and ends at Basantpur in Palpa district.

"Civil works of the cable car towers have been completed and the construction works in the temple area at the top station are moving ahead in high speed," he said.

He said that import of all the gondolas and equipment of the cable car has been completed. Gondolas have been fixed in seven of nine towers while in the remaining two towers, gondola fixing work has reached the final stage.

He also said that construction and electromechanical installation works are progressing rapidly. The construction of the cable car project has begun in January last year.