ISA Award Has Helped To Recognise The Role Of Nepalis In The International Platform: Dr. Ruit

ISA Award Has Helped To Recognise The Role Of Nepalis In The International Platform: Dr. Ruit 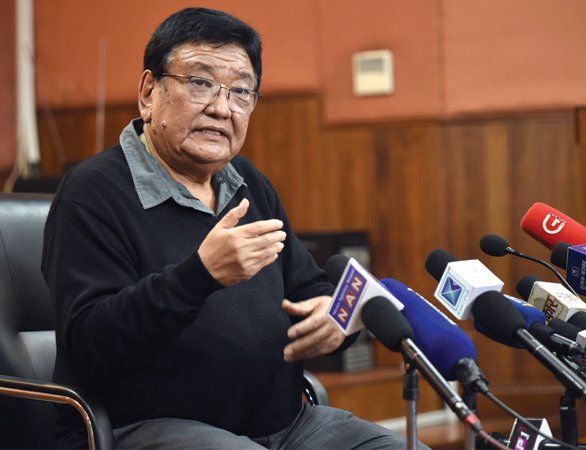 The award is granted every two years to either individuals or organizations who have been selected through a tough process by an expert panel of jurists.

Among the nominees for the award this year was the WHO Foundation. Dr. Ruit was nominated by the jurists based on his initiative due to which many blind people have seen the world. He was recognized as he has helped many people in Asia and other parts of the world to see through cataract surgery.

The award for Service to Humanity, established in 2009, has the King of Bahrain Sheikh Hamad bin Isa Al Khalifa as 'Honorary President'. The organization has been presenting this award since 2013 and Dr. Ruit is the recipient of the fifth edition of the award.

Meanwhile, talking at a press conference here on Wednesday, Dr. Ruit informed that he is more than happy to receive the award as it is the best recognition of his hard work spanning over 30 years by the world platform.

“I feel so delighted to be awarded with such a prestigious award. The award has also helped to recognize the role of Nepalis in the international platform,” said Dr. Ruit. It has also worked as advocacy for treatable blindness around the globe, he added.

He said that receiving an international award for his work in eye health was not a matter of pride for him personally, but for the nation as a whole.

According to Dr. Ruit, the award, established in the name of Hamad bin Isa Al Khalifa, the former king of Bahrain, is given every two years to an individual or organization active in the field of human welfare from around the world.

Dr. Ruit has developed a simple method to treat patients with cataracts. He also invented intraocular lenses and made them available at affordable prices. Millions of people with blindness in developing countries, including Nepal, have been able to see due to his treatment skill.

Prominent figure, Dr. Ruit studied medicine in India, and had got a gold medal in surgery during his MBBS. He received the Ramon Magsaysay Award in 2006. In 2018, he was awarded with Padma Shri award by the Government of India.

He had also received Bhutan's highest honor, the National Order of Merit, for playing a role in restoring the sight of hundreds of people and preventing blindness.

He had also received the Prime Minister's National Talent Award in Nepal in 2075 B.S and the well-known Prabal Jana Sewa Shree Medal in 2077 B.S.

US Under Secretary Nuland Pays A Courtesy Call On PM Prachanda By NEW SPOTLIGHT ONLINE 12 hours, 54 minutes ago