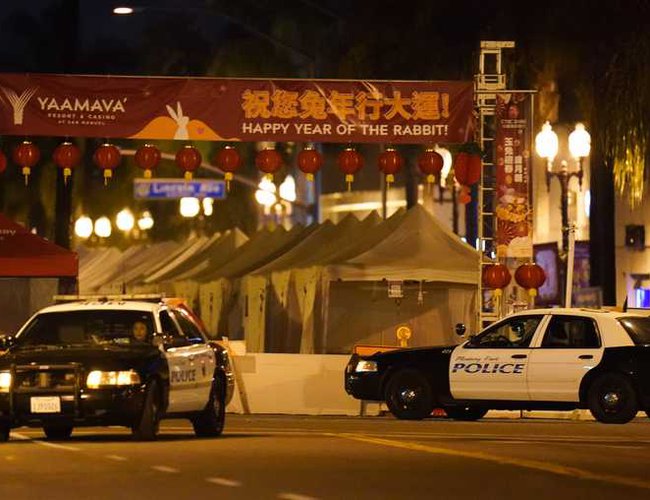 Police in the United States are looking for the assailant who opened fire during Lunar New Year celebrations, leaving at least 10 people dead and 10 others wounded.

The incident occurred at a ballroom dance studio in the city of Monterey Park, near Los Angeles in the state of California, after 10 p.m. on Saturday. The area is home to a large Asian-American community.

Police released photos of the suspect, who they describe as an Asian man that is believed to have fled from the scene.

Police say about 20 minutes after the shooting, a man suspected to be of Asian descent entered another dance venue near Monterey Park, holding a gun. Police add that people wrestled the weapon from him before he fled in a vehicle.

Police are investigating whether the two incidents are related.