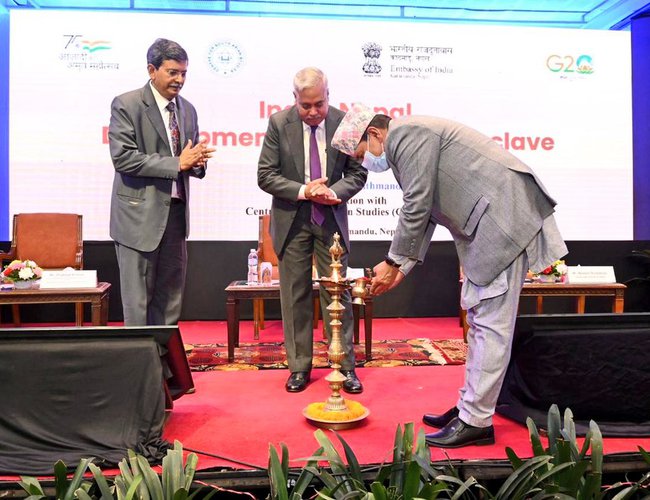 The event was organized to mark AzadikaAmrit Mahostav (AKAM) celebrating 75 years of India’s Independence, as well as 75 years of establishment of diplomatic relations between India and Nepal.

The Conclave was jointly inaugurated by Narayan Kaji Shrestha, Deputy Prime Minister and Minister for Physical Infrastructure and Transport, Government of Nepal who was the Chief Guest, Prabhat Kumar, OSD (Economic Relations and Development Partnership Administration), Ministry of External Affairs, Government of India and Naveen Srivastava, Ambassador of India to Nepal.

A film highlighting 75 Development Partnership Projects by India in Nepal in the Financial Year 2022-23 was also screened on the occasion. These projects covered multiple sectors including cross-border rail connectivity, energy connectivity, digital connectivity, disaster relief, creation of health and education infrastructure, water management etc. 48 Post-Earthquake reconstruction projects in health and education sectors spread across various earthquake-affected districts of Nepal were also inaugurated virtually on this occasion. The event was attended by senior government officials of Nepal, experts and academia from prominent think tanks as well as media. 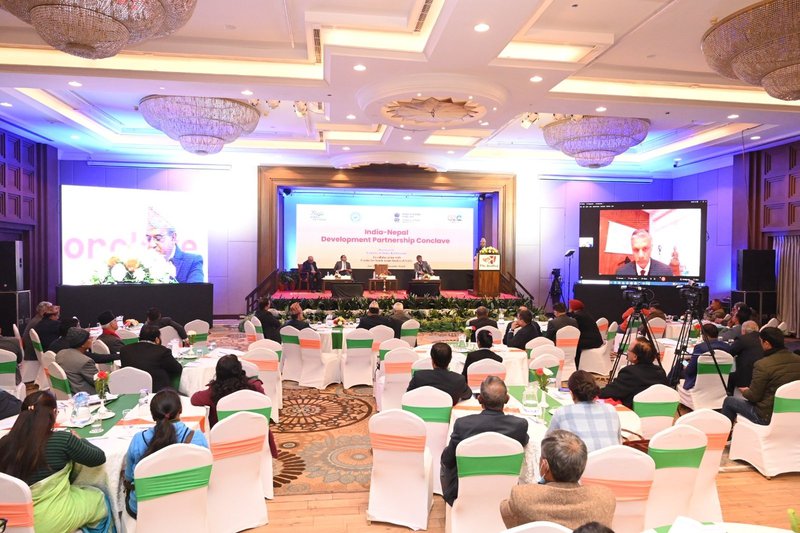 He also highlighted that timely completion and proper utilization of created infrastructure are the key elements for project implementation in development cooperation. Other speakers in their remarks highlighted the enormous potential of digital public goods, financial connectivity, good governance, energy security and value addition in manufacturing supply chains as some of the key avenues for future development cooperation between India and Nepal.

India-Nepal Development Cooperation that began in 1951 has continued and expanded for over the past seven decades, and is today very robust, multi-faceted and multi-sectoral. The projects implemented under the Development Partnership between the two countries have been diverse with geographical spread throughout Nepal.

The Conclave provided a suitable platform to exchange thoughts between the stakeholders of both the countries to further deepen India-Nepal bilateral partnership.

Incredible Opportunity To Visit Patan Durbar Square In Nepal: US Under Secretary Nuland By NEW SPOTLIGHT ONLINE 1 hour, 56 minutes ago

US Wants To Make Its Collaboration And Strong Economic Relation With Nepal: US Under-Secretary Victoria Nuland By Agencies 8 hours, 22 minutes ago

US Under Secretary Nuland Pays A Courtesy Call On PM Prachanda By NEW SPOTLIGHT ONLINE 1 day, 4 hours ago