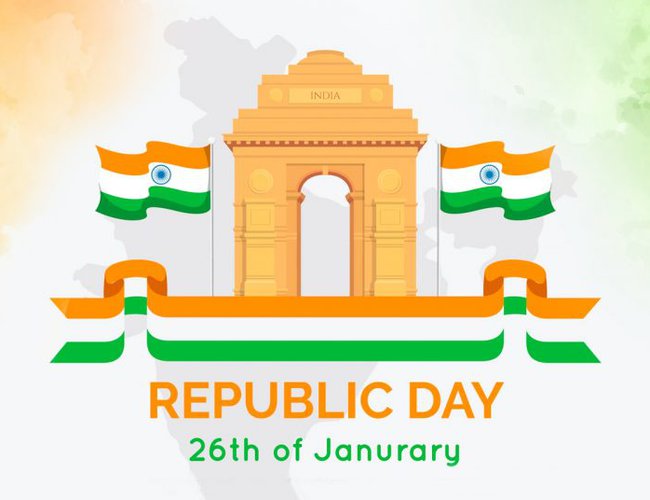 January 26 was selected as the date because on the same date in 1930, the Indian National Congress had revealed Purna Swaraj, the declaration of India’s independence from colonial rule.

What is the Indian Republic Day all about, read this article to take a look as we celebrate the 74th Republic Day.

Republic Day is celebrated on January 26 every year to commemorate the adoption of the Indian Constitution in 1950. On the occasion of Republic Day, schools and colleges, and other educational institutions organise functions making students aware about the importance of this day. This occasion marks the day when India became a republic, and was no longer under the British Empire.

India first gained independence from the British Empire on August 15, 1947. But the country did not have a constitution then. It was only drafted approximately two weeks later by the Constituent Assembly of India. Members of the assembly included Dr Rajendra Prasad, B R Ambedkar, B N Rau, and a few others. The constitution became effective on January 26, 1950. Thus, when the Constitution of India was adopted on November 26, 1949, many considered it necessary to celebrate and enforce the document on a day associated with national pride, which was – January 26.

The Republic Day parade starts from the Rashtrapati Bhavan and moves on to India Gate. The president of India unfurls the national flag, as everyone in attendance sings the National Anthem – Jana Gana Mana. This is followed by a 21-gun salute being fired by the Indian Army Regiment of Artillery.

This year, the theme of India’s Republic Day 2023 is “Jan Bhagidari (participation of the common people).