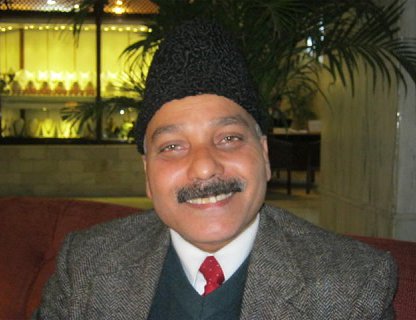 How do you see the recent state of peace process?

One must understand the fact that Peace Process does not mean the integration of combatants only. Transitional justice system is an integral and very important part of the Peace Process.  This involves many humanitarian issues. During the conflict period, there was massive violation of rule of law and human rights. One of the challenges is how to address that.  There is a need to establish the facts of abuse of rights and violation of rule of laws.  There is the need to give justice and compensation to the victims, and punishment to perpetrators. There is the need to ensure the accountability. There must be a guarantee for non-recurrence of such events in future. There is the need to start a long term vision for institutional legal reforms. Without accomplishing them, one cannot restore a long lasting, sustainable peace.

What is the state of transitional justice system in Nepal?

In the context of Nepal, this process is misunderstood. Even prime minister Baburam Bhattarai is giving a wrong interpretation to the transitional justice system saying punishing those involved in the rights abuse is against the Comprehensive Peace Agreement.  Without the rule of law and without ensuring human rights, it is impossible to achieve peace.  Peace process is itself a process to institutionalize the peace. It is a process to institutionalize the supremacy of rule of law.

How can we make our system credible?

There is the need to have a legal and institutional reform system so that human rights violation cannot occur in the future.  All these issues are included in the comprehensive peace agreement.  Despite the work on the peace process, the transitional justice system was left out. It has been delayed. There is a breakdown of rule of law and total impunity. The state is not functioning.

How do you see Nepal’s current state?

Nepalese state is now coming as a major violator or rule of law.  This state is heading towards a state where criminalization is rampant.  For instance, the state is releasing the criminals indicted by the court on various charges. The government has already withdrawn more than one thousand cases related to the period of conflict.

What is your observation on the arrest of colonel Kumar Lama?

Don’t you think colonel Lama’s arrest is against sovereignty of Nepal?

Kumar Lama was arrested under universal jurisdiction. This is not related to any sovereignty issue.  Universal jurisdiction has given clear mandate to punish anybody who commits crime in any part of the world.  If there is no sufficient evidence, Lama will be released.  This is just the beginning. Even Nepal’s political leaders will face a similar fate.  At a time when even former American president George Bush and vice president Dick Cheney and Secretary of Defense have been canceling their visits to certain countries, Nepal’s political leaders cannot remain safe.

Constitution of the TRC will give a sigh of relief?

It is not a panacea at all. Of course, Nepal may get a certain respite in case it establishes a credible TRC. Nepal has to show the political will to establish an independent and credible Truth and Reconciliation Commission. It is unfortunate that political leaders have shown no interest to pass the bill on TRC and Disappearance during the four years of the CA. TRC has just been made a hard political bargaining chip.  Prime minister Dr. Baburam Bhattarai is cheating the international community, is even lying to them.

How do you see the ordinance presented to the president?

The ordinance presented to the president does not meet the international requirements and international obligations. Nepal is a party of several international human rights conventions. Nepal is a party to the Geneva Convention. The recent ordinance has provisions for blanket amnesty. The current ordinance has so many provisions for amnesty. TRC commission looks like a shadow of political parties. TRC ordinance is in total disregard. All the incidents of violations are not subject to criminal charges but some of them clearly implicated as gross abuse of rule of law and breach or violation of rights. Universal human rights convention regards killing in custody, rape and torture to the parties neutral in the conflict as a crime.  Geneva Convention defines the war crime.  By bringing the law, the government is making efforts to give amnesty to the persons involved in serious crime.

Does Nepal have time?

Time is not out. We still have time to show our commitments towards universal human rights by following the transitional justice system and respecting the universal declaration of human rights. There is clear resolution on how to give amnesty. This is not a time to discuss on agenda but the time to act to make our justice system credible. Those involved in gross violation of the rights must be punished.  You cannot hide them permanently. If Nepal fails to start a credible process, it will create a lot of problems for Nepal. The democratic world can stop the foreign aid.  This is just an indicator. Any state or non-state actor can be arrested.

Nepal's Stand Is For Truth To Prevail, Come What May: DPM Pokhrel By NEW SPOTLIGHT ONLINE 3 weeks, 5 days ago