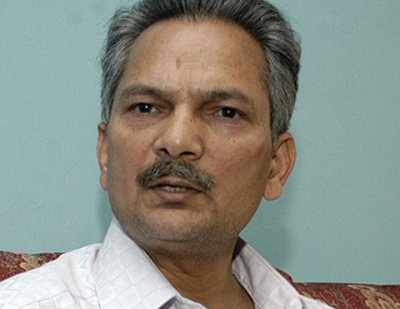 Do you think the possibility of revival of monarchy?

Monarchy is now history.  No one can restore monarchy any more. Nepal remains a federal republic. the ousted monarchy has been a poison for the country. Pro-monarchists are trying to thwart the forthcoming Constituent Assembly elections.

How do you look at the former's king's visit to different parts of Nepal?

Former King Gynendra Shah´s visits across the country is intended to retain power, reorganizing regressive forces in the name of religious activities.  Former king is trying to garner the international support to regain power.

Some people are trying to bring back monarchy in Nepal for their self-interest. Monarchy is a feudal and anti-national institution. This is the reason people overthrow monarchy through the street in 2006.

How do you see the present debate over revival of monarchy?

What is your view on monarchy and nationalism?

The ex-king and defunct monarchy had never been supporters of nation and nationalism.  This is not the time to look for opportunities to reconcile with the ex-monarch, but it is high time the Congress and Communists worked together for the betterment of the nation.

Nepal's Stand Is For Truth To Prevail, Come What May: DPM Pokhrel By NEW SPOTLIGHT ONLINE 1 month, 4 weeks ago

With Focus On Children, WVIN Has Done Well: Ginting By A Correspondent 4 months, 2 weeks ago

Innovation, Entrepreneurship Can Transform Nepal: George By A Correspondent 4 months, 3 weeks ago

Regulatory Application Will Improve Fiscal Discipline: Mainali By A Correspondent 4 months, 3 weeks ago