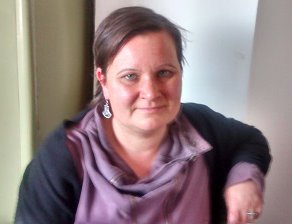 How do you see the role of Nepalese and Finnish women at the present context?

I have been here for some time now. The political situation is quite well now as Nepal has had over 60 years of democratic movement. Nepal has a multiparty democratic system with the establishment of democratic institutions. They evolved in the last 20 years. There is an increase in gender sensitivity. Compared to Nepal, Finland had an early start as it is the first country in the world to have female parliamentarians more than one hundred years ago.  However, Nepal had a parliament just over 50 years ago. That is the one thing in which Finland is quite ahead.

What is your impression about Nepal?

Although Nepal is a late starter, it took some good decisions to empower women and allow women’s entry in politics. Although Nepalese women got the political rights almost fifty years later compared to Finland, Nepal has made a tremendous improvement in the gender issues recently. Along with issues of political rights of women and gender, Nepal has also established the issue of inclusion in politics and other spheres of life. This is a good trend. After the introduction of Interim Constitution in Nepal, the many communities, which were unable to get representation in politics and other spheres life, are getting this chance. The entry of historically marginalized population in various spectrum of political and social life is encouraging. In that way there are lots of similarities. Nepalese have done much better in the 1950s and 1960s than we did.

What is the situation in Finland now?

Despite making much progress, the issue of domestic violence continues in Finland as well. Women completely established the political rights and economic rights in Finland, but they are yet to get complete equality. We are still struggling. Unlike in Nepal, we don’t have any quotas for women in Finland. Finnish women secured all the rights, competing equally with their male counterparts. It is good to see some kinds of reservation for women in Nepal. As it took a long time for women in Finland to achieve the present success, it did not happen overnight. I am happy to see such a large number of women in the CA. This is a big achievement in itself. However, Nepalese women need to struggle more to establish their complete rights. I am proud to be with my grandmother and mother, who really struggled to guarantee rights to the present generation.

How do you look at the process of struggle?

The struggle for right is not an overnight fight, but it is a struggle going from generation to generation. I believe that if the society does not change, you have to change it. Changing society alone is not enough, there is the need to change the laws. Laws can change society and the society can change the laws. This is a vicious cycle. This is what is happening in Nepalese society also. There will be more women in Constituent Assembly, Parliament or law making because of changes in the laws. The more the law will change, the more the people’s perspectives and understanding will change about equality. Everybody should have equality and same rights.

What is your opinion about Nepal's prospects in these regards?

I am quite optimistic about Nepal. It is good to see 33 percent women in Constituent Assembly. It took us like 60 years or so to achieve that success. It has taken much less for Nepal. I see a lot of similarities between Nepal and Finland. Finland used to be one of the poorest countries in Europe like Nepal in South Asia. In Early 1920s, we had famine and we had a lot of poverty. We were pre-agriculture based and we were very much depended on agriculture. We depended on foreign aid for sometime. This way we can also relate our struggles with Nepal. I salute my great grandmother and grandmother for their struggles in the difficult times. They used to work for seven days a week, breast feed babies, and do all household chores. They did all the work in agriculture sector. We changed our society from agriculture to industries and now service. Women were in charge of home during the war.

What steps does Nepal need to make?

Most important thing is equal participation in decision making organs, be it in the parliament or local bodies. If women’s perspectives are not learnt in the parliament through women perspectives, we need to take into account the aspects of the law.  As long as you do not involve women in law making, you cannot change things a lot.

How do you see the positive interventions made by Nepal in empowering women?

There are a lot of good policies in National Action Plan. There is a lot that needs to be done in the implementation part. Nepalese government has already taken a number of steps for gender equality.  Nepal is very new in democracy as peace building process is going on and constitution making process is yet to complete. There is a lot of work to do. Nepal is proceeding in a very positive and sustainable way, including people from different communities. The remarkable achievement is 33 percent reservation for women in CA. Similarly, I can see a lot of women mixing with men in different ministries. I see a lot of good things happening. To make things alright will take a little bit of time. From my heart what I can say is Nepal is on the right track.

How do you look at the political role of women in Nepal?