Two months have passed since he assumed the country's top executive office but Prime Minister Sushil Koirala has not been able to make key decisions which had been long overdue. 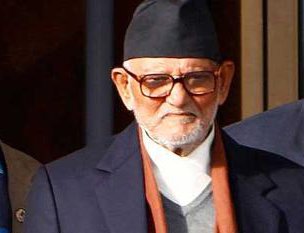 “Better late than never”. One wonders if Prime Minister (PM) Sushil Koirala is taking  the saying  in literal sense. He does not seem to realise the urgency with which he should have taken a number of decisions.  He might have waited time so that he comes up with "better" results. But it is making many people bitter.

Even as he completes two months at Singh Durbar, his government is yet to get a complete shape. Koirala has also failed to appoint officials to many key vacant positions in administration, judiciary, foreign service and security. This has not only delayed key decisions, but has badly affected service delivery to the public.

Although Koirala expanded the cabinet by inducting eighteen ministers last month, he  continues to hold about half a dozen portfolios. His snail pace has invited harsh criticism not just from outside but from within Congress party members. Many have come down heavily on the PM for the lethargy.

While the appointment of new  secretaries to a number of the ministries remain pending, six  secretaries who were promoted last month have not been assigned the ministries yet. The Supreme Court is no different. Although the constitutional council has recommended the officiating chief justice Damodar Sharma to be confirmed for the top judiciary job, there has been no development yet on appointing justices whose number has drastically shrunk as the incumbents near their retirement.

With about twelve ambassadors retiring in the next five months and four already having ended their tenure, diplomacy is another area where the Koirala government is founding wanting in taking timely decisions.  The long-standing delay in filling the vacant positions of the second most powerful positions in the country's security force has badly hampered the functioning of the Nepal Police. But there has been no progress yet in ending the delay in promoting DIGs to the vacant AIG positions.

Prime minister Koirala has been making tall claims of delivering the constitution within a year’s time,  but his sluggish decision making raises serious doubts if he can keep his words. He has not been able yet to recommend 26 members to the constituent assembly with the result that the CA remains incomplete almost five months after the elections were held.  The CA Committees formed to expedite the constitution-making are still without their heads and have not started functioning. This has increased doubts about the delivery of new constitution within a year.

The PM’s slow pace has also cast serious doubts over the prospects of local election which the governing parties had earlier vowed to hold within six months of the CA elections, i.e., by May. The elections in the said time-frame is now virtually impossible.  No wonder that Koirala's ministers have begun to change their tone. Deputy prime minister Prakash Man Singh in charge of the local development ministry has even gone public to rule out the local elections before the constitution is promulgated.

Unless he changes the gear Prime Minister Sushil Koirala is sure to face an uncertain journey.  He has been criticized for being too slow and indecisive. Will he able to ward off the criticism? Given the record of his first two months in office not many are sure.

He might have hoped to do better by being late. But he had better change his functioning before it is too late.