After taking part in the United Nations Convention on Climate Change (UNFCCC), Dr. K. C. Paudel, secretary at the Ministry of Science, Technology and Environment, spoke to New Spotlight on Nepal’s role at the forum. Excerpts: 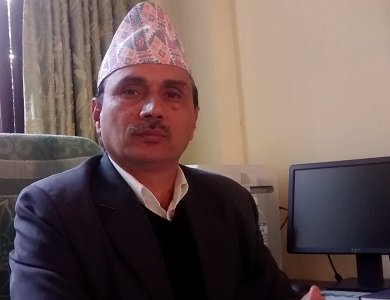 How do you assess Nepal’s role in COP 20?

UNFCCC’s conference on twentieth Conference of the Parties (COP), December 1-12, concluded in Lima, the capital of Peru. One of the agenda of Lima Conference was to prepare the adoption action protocol, another legal instrument or agreed outcome with legal force under the Convention to be adopted at the 21st COP which is going to be held in Paris in November or December 2015.  The parties reaffirmed the determination to strengthen it.

The UNFCCC Paris Conference is going to be the most important as the world community is stressing the need to adopt a legally binding Protocol during Paris Conference. The main agenda of that protocol will be to reduce global annual emission of green house gases and the COP 20 seeks the commitment from the emitting developed and developing countries which have capacity to invest in the sector. Least Development Countries have sought commitments from those countries to support their adaptation programs. According to studies made by experts, Climate Change impact will be more after 2020 and it is likely to require 100 billion dollars annually for rehabilitation.

How are LDCs pressing the agenda?

LDCs have put pressure on the developed countries to allocate the budget to meet that loss. However, developed countries want that Developing and Least Developed Countries also reduce their emission levels. As LDC contribution to the green house gas is insignificant, they should be given compensation for the damage they face due to the impacts of climate change. LDCs should be compensated for the damage and devastation incurred by the extreme weather and climate caused by climate change. As countries like Nepal have already suffered huge losses due to drought, heavy rains and GLOF, the developed countries should compensate for these losses. If LDCs agree to reduce the level of green house gases, this means we too have to accept the share of the current green house gases which we have.

Why was Lima conference extended?

The Conference did not conclude on schedule due to the opposition from LDCs, African nations and Small Iceland Nations. They opposed the proposal in which all the countries were made equally responsible for mitigation and green house emissions. Instead of accepting the compensation demand, the developed countries have tried to make LDCs also party as polluting countries. Initially, the conference was on the mood to accept developed countries proposal. However, we have slightly changed it.  As chair of LDCS, Nepal opposed the move of developed countries to make LDCs a party to reduce the green house gas emissions. The conference noted our objections and did not make us party in reducing the emission level. Had LDCs accepted the proposal of developed countries, our demand for compensation for the damage and loss caused by extreme weather and climate change would have lost its validity.

How did you pursue the partners?

Finally, we were able to reverse the decision. However, LDCs and Small Iceland States have now to submit their report on strategy to INDC about their strategy and programs directed to reduce the emission of green house gases. We have to reflect this in our report. I took a similar stand in October meeting in Bonn, Germany. I discussed the matter with Nepalese delegation and experts who were present at Bonn. My point is that it is wrong to put all countries in the same basket so far as reducing the green house gas emission is concerned as LDCs contribution in green house gas is very low. This time we were able to exempt from the report. Now, the parties ensure that we don’t have to submit mitigation efforts to INDCs but as to reflect low carbon strategy.  This is one of the major achievements. Otherwise, it would have been incorporated in 2015 protocol.

What about the issue of loss and damage?

We have also strongly raised the issue of loss and damage associated with climate change impacts. Least Developed Countries have been facing damage in agricultural productivity due to desertification and damage of property by extreme weather.  We stressed the need for a mechanism to compensate for the damage.  Our argument is that it should be like polluters pay or emitters pay. Many developed and developing countries opposed our proposal. I met the chief negotiator of G77 + China, along with other LDCs members, and put forth our proposal. I posed the question: do you want to further ruin LDCs, making all of us responsible. Is it justifiable? We have already seen a heavy damage due to you. Our Himalayas are in great trouble as snow is melting too fast. Our Himalayas are turning black. Livelihood of the people is under severe strains. We followed you for last two decades but got nothing more than extreme poverty. We also raised the question that the country with high emissions of green house gases should agree on timeline to reduce the level of emission. America and China, no country has come up with concrete agreement. Even there is no commitment from any country to reduce the global average temperature below 1.5 centigrade. We even threatened to pull out if our demands were rejected.

How do you view your participation?

I am proud Nepal raised not only LDC voices but also the voices of mountain countries. First of all we are Nepalis and we have our own agenda. We are just a party of nation by January 1, 2015. Thus, we had to raise the issues affecting Nepal. As Nepal hosted South Asian Association of Regional Cooperation in November 27-28 with the Declaration made by heads of the state and government of SAARC countries on climate change, Nepal put forth the call at the COP 20.  We organized a meeting of secretaries of SAARC countries and heads of delegation. As a chairman of SAARC, Nepal took an initiative to present the stand taken by SAARC countries to sign a legally binding agreement at the Paris meeting.  We took the forum. I took the responsibility to prepare the agenda for SAARC.

How did you manage to make the SAARC forum?

We also called a meeting of all the ministers who came to take part in Lima and shared SAARC views. Indian Environment Minister Prakash Jawadekar hosted a dinner for the Ministers representing SAARC countries in Lima. The dinner was very fruitful. Although Nepal, India and Sri Lanka too had certain differences in terms of level of development and quantity of emission of green house gases, we prepared the agreed document.

How do you evaluate Nepal’s role overall?

On behalf of Nepal, the leaders of Nepalese delegation and vice chairman of National Planning Commission Professor Dr. Govinda Raj Pokhrel addressed the COP. Our delegation got the opportunity to address the meeting during the first half of the opening session. We also addressed the LDCs preliminary. Even before this, I also raised the mountain issue at the preliminary of SVI.  I demanded urgent program of works to address the issue of mountain countries. In this agenda, there is no support of LDCs, mostly countries from Africa. As a country of Mount Everest, we raised the issue of mountains.

What is the stand on loss and damage?

An important issue is the issue of loss and damage. After a heated debate on the agenda, the parties called for the implementation of the Warsaw International Mechanism for loss and damage, associated with climate change impacts. We were able to make it the part of preamble. We held several rounds of talks with various parties, including Peru’s environment minister. COP’s president and Peru’s environment minister took a very good initiative.

Have you held talks on bilateral issues?

On bilateral issues, we held discussions with the Australian delegation. We thanked the Australian government for support in Nepal’s forest conservation projects and climate related projects. I told Australian friends that Nepal is making good progress to graduate from LDCs to the status of developing countries by 2022. Despite political transition and post conflict situation, Nepal’s progress is worthy. I told the Australian Delegation that Nepal does not want to be chair of LDCs again. We are poor now.

How do you see the coordination?

There was a good coordination and cooperation among the various Nepalese delegations in the COP.  We have to start preparation for Paris COP next year.

What about Nepal’s mountain agenda?