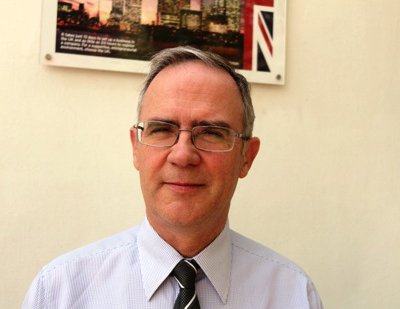 “Prior to his posting in Sri Lanka, Rankin was Director, Americas in the Foreign and Commonwealth Office, responsible for a network of over 30 British Embassies, High Commissions and other posts in North, Central and South America and the Caribbean,” said press release issued by British Embassy.

He joined the Foreign and Commonwealth Office in 1988 as a Legal Adviser and served in that capacity at the UK Mission to the UN and to the UK Mission to the Conference on Disarmament in Geneva. He has also served as Deputy Head of Mission at the British Embassy in Dublin, working on the Northern Ireland peace process, and was Her Majesty’s Consul General in Boston.

“I am pleased to be here in Nepal. Our two countries share a long and close relationship, now approaching two hundred years, built on the links between our people, our partnership in defence through the Gurkhas and peacekeeping operations, and our commitment to development as Nepal’s largest bilateral donor. I very much look forward to building on these strong foundations during my time here,” said Rankin upon his arrival.

Nepal Extends Lockdown Until June 14 And Suspended All Flights Till June 30 By NEW SPOTLIGHT ONLINE 23 hours, 13 minutes ago