Questioning our desire to grow

For some people and in certain contexts, the phrases ‘economic growth’ and ‘economic development’ are interchangeable. 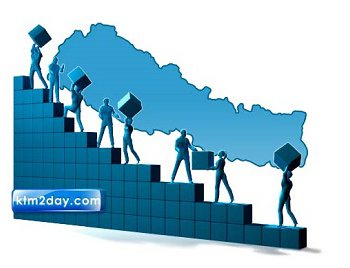 According to Asian Development Bank (ADB), GDP growth rate of Nepal in the new fiscal year will approximately be around 4.5 to 5.5 %. As per the Post Disaster Needs Assessment (PDNA) conducted by the Government of Nepal, it is highly possible that the earthquake is likely to upset the nation’s aspirations to achieve swift economic progress.

‘Economic growth’ or ‘economic progress’ of Nepal, has clearly been the focus of the media and the government, especially post earthquake, and rightly so. The earthquake has compromised and is likely to severely hamper Nepal’s economic ‘progress.’ The estimated economic cost to the country is at least 10 billion USD – this figure, in itself, is half the value of Nepal’s economy.

What does the immediate and long term future of Nepalese economy look like? This question has not only been in the minds of the media and the government, but of every Nepali alike. However, it is also necessary to question what we are questioning. What do we mean by the future of Nepalese economy? Are the government, the media, and the people of Nepal only concerned about the rate of Nepal’s ‘economic growth’? Or are we also mindful of the ‘economic development’ of the country?

The earthquake, unfortunately, has highlighted the persisting inequalities in Nepalese society that is very likely to hamper its human development – there is discrepancy in access to monetary resources, land ownership, ability to build seismically sound houses or to relocate to low risk areas among the rich and the poor, men and women, and ethnically marginalized and not marginalized groups. According to the Human Development Report (2010), equity and human development are systematically related  - implying that countries that are high on human development index tend to have less inequality and that reducing inequality among population groups tend to improve income growth, health, and education outcomes. Perpetuating these inequalities impedes progress in human development, economic growth and thus in economic development. With most of the resources to cope with the disaster, good health services for treatment, and access to quality education being highly concentrated among a handful, that too in urban areas, the majority of the people of Nepal sadly lack resilience capacity. Nepal cannot achieve economic growth and thus economic development when a significant portion of the population have lost their means of livelihood and do not enjoy a good standard of living.

Some may argue that reducing inequalities and increasing people’s access to quality education and health services are only possible when the country achieves high rates of economic growth. However, while economic growth is important, it needs to take place simultaneously with improvements in human development. In other words, importance should be given not only to economic growth, but also to human development. Authors of the Human Development Report argue that human development can happen despite gradual changes in the country’s rate of economic growth. For example, developing countries of today have been able to benefit from the flow of “innovations in medicine and interventions in public health” (HDR 2010:50) from developed countries. They have also benefited from international humanitarian organizations that have facilitated awareness regarding improved health and education facilities and provided technological cooperation to many different nations all over the world.

Economic growth, undoubtedly, drives the nation’s prosperity and should be highly emphasized by concerned stakeholders. However, Nepal currently requires many rehabilitating hands, which can only be secured when people see improvements in their development and their aspirations align with those of the country. Thus, economic development, and not economic growth, is the key to recovery out of the recent disaster.

TRISHULI RIVER BASIN Call For Protection By A Correspondent 3 days, 5 hours ago

NEA Given The Go-Ahead By Keshab Poudel 4 days, 7 hours ago