The criticism is based on concrete facts – with an overambitious budget, a severe lack of government capital spending (30% of the budget), and poverty still extremely prevalent, the citizens and the donors alike are equally baffled. 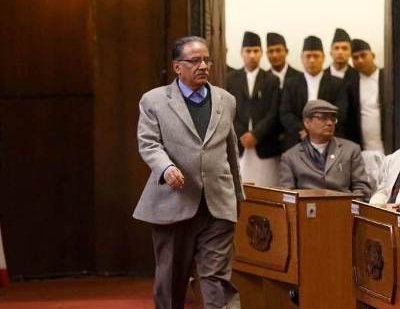 The Nepali government, for years, has been severely criticized for its lack of vision and long term development planning and its inability to formulate concrete investment plans. The criticism is based on concrete facts – with an overambitious budget, a severe lack of government capital spending (30% of the budget), and poverty still extremely prevalent, the citizens and the donors alike are equally baffled. One political party, previously an insurgent group, CPN-Maoists, was very upfront and heavy in its criticism of Nepal’s political and economic structure – calling the structures feudalists, classists, aimless, and many more. The party claimed itself to have a great vision, which I admit, I am still a little unsure about. As a media source claims, the leader exuberated a ‘robin-hood’ like image through a 10 years guerilla insurgence (stealing from the rich, giving to the poor); this image signified radical change and led to Prachanda (a.k.aPushpa Kamal Dahal), the Maoist leader, coming to power in 2008.

What came out of the vision and the promise of radical changes is still a mystery. The ‘revolving-door’ of Nepali politics revolved once again, somebody else came into power, and now the door has revolved back to revealing us the face of Mr. Dahal as the Prime Minister of Nepal. The luster has faded out of the vision of the party and what Mr. Dahal faces with a lackluster vision, or at least lack of communication thereof, are a series of issues that challenge the economic vision of the party.

I am going to outline only a few key goals that the party, when in power, claims to target and the challenges that lie in front of them.

The Maoist party, which quasi follows the Marxist economic philosophy, aims to get rid of the huge socio-economic gap that seems to be widening with each passing day. Along the same line, the party targets to reduce the urban-rural gap in terms of infrastructure, education, and other prerequisites of development. This vision of the party is challenged by factors such as the earthquake, among others, which has highlighted vulnerabilities, increased the gap between the people in ‘higher’ socio-economic status and those marginalized, and damaged more socio-physical infrastructure in rural than in urban areas.

The Maoist party also claim to bring about ‘land reform’ in the nation. The party does not seem to clearly state what this land reform means and how are they going to bring the reform about. Tons of ‘imported’ edible food products rotting and going to waste at the Nepal-India border during the fuel crisis, difficulty to feed the nation with food grown within the country, seasonal agricultural productivity, a quarter of the population being landless, and lack of proper agricultural technology give a glimpse of the difficulty the party faces in bringing the much talked about ‘land reform.’

Moreover, Mr. Dahal and his party endorses capitalism as they view capitalism as a ‘means to achieve socialism.’ How they view capitalism as a means to achieve socialism needs to be unpacked by Mr. Dahal himself – they appear to be big words put together and no concrete plan of action seem to be behind the words. And the existing state of capitalism in the country does not look promising. Entrepreneurs find it extremely difficult to establish and run their businesses and agricultural productivity has not significantly increased over the past few years. With remittances contributing more and more to the country’s gross domestic product, the country, as a whole, has become less enterprising, less profit driven, and more directed towards consumption. Moreover, multinational companies have been finding it demotivating to operate in a country where political stability has been practically unachievable for the past many years. And the country has witnessed a severe decline in economic productivity over the past years.

Another key issue the party currently faces and that appears to go against their economic philosophy is the control of the means of production by only a few. With land ownership and capital concentrated only amongst the few and access to raw materials limited to the government or those with capital, one cannot say that the people of Nepal have democratic control of the means of the production. This problem, coupled with low wage and inflation, also has led to severe decline in productivity.

Considering all these issues that greatly challenge the party’s adherence to ‘Marxism-Leninism-Maosim’, how strong is Mr. Dahal’s commitment to the vision of the party and to ‘Prachanda-Path’? Or, if the commitment still stands strong, how will Mr. Dahal, who has pledged to direct the nation towards economic development of the nation, tackle all the problems with the ‘Prachanda Path’? Basically, the question that stands out is what will he do that ‘traditional’ parties reigning within ‘traditional’ economic structures, could not do and achieve? We do not want to be dismissive; however, it is imperative that concrete plans are made, communicated, and implemented.