There was, in fact, no need for panic. Similarly, the stock market gaining momentum coincided with SEBON disbanding the probe committee; market players no longer felt threatened as disbanding the committee implied that players need not feel concerned 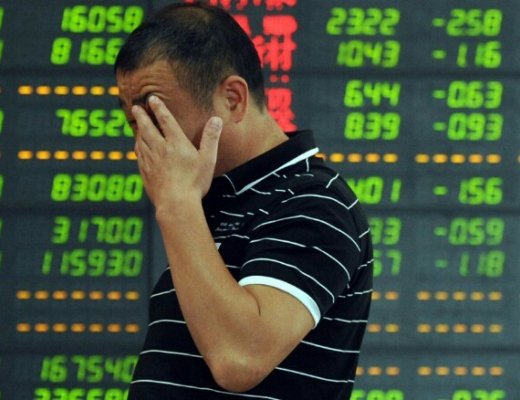 Markets play an interesting game on people’s mind. People truly assume that when engaged in economic activities, they put their rational hat on, and this assumption is supported by widely known standard economic models. However, while they believe that they are acting rationally or that they should, emotions come into play and eventually become key players. Nevertheless, people convince themselves that they only respond rationally and that emotions, such as faith or fear, have nothing to do with it. If so, then why did the Nepal Stock Exchange (Nepse) tank 39.12 points, or 2.26 percent, to close at 1,694 points last week, closely coinciding with the Maoists rise to power? Or, why did the decision of Securities Board of Nepal (SEBON) to scrape the probe committee investigating the flow of black money into the stock market result in the market gaining momentum?

My research into the recent significant market fluctuations led me to interesting statements that speculated the sudden downfall – “The sudden slump was mainly due to sell-off by panicked investors”, “the market had bounced back after Minister of Finance, Krishna Bahadur Mahara assured investors that the government was committed toward development of capital market”, “unnerving investors”– among many others. These statements convey emotional reactions to factors that may have affected stock market more so than rational and calculative thinking.

The recent market behavior of Nepal stock exchange reminds me of a quote by Codrescu, a novelist and commentator – “It is the job of the market to turn the base material of our emotions into gold.”There are several factors that point us towards the huge role of people’s emotions in determining the role of markets and their fluctuations. This is not to negate the fact that people do act rationally when dealing within the market. However, emotions play a greater role.

To begin with the idea of a market and a key entity within it -- what can we claim drives the concept of ‘market’ or ‘the invisible hand’, if not emotions such as faith or fear? Markets, especially stock markets, are driven by buyers buying due to fear regarding further rise in prices and sellers selling due to fear regarding further decrease in prices. The decision to buy and sell happens so quickly that one cannot help but questionthe role of contemplative and rational thinking. Then there is the famous ‘invisible hand’. People believe that this unseen, unknown, and technically unexplained entity can set things right when the market goes haywire. And if this belief is not based on faith, what exactly is it based on?

It is not too far off to claim that the Nepal Stock Exchange recently tanked because emotions overcame rational thinking. For instance, as mentioned above, analysts claimed that the sudden fall in the stock exchange prices was due to the Maoists party coming into power. People panicked as they assumed that the party’s allegiance to Marxist economic philosophy would make the party averse to market capitalism, directly affecting trading and stock market exchange. Had rational thinking come into play, stock market players would keep the following factors in mind before selling their stocks at a very low price – Nepal has always been in favor of market capitalism, when Maoists were in power before, no economic policies were implemented to curb capitalistic development, and that the party has claimed that they seek to prioritize capitalistic development before heading towards the implementation of economic policies. There was, in fact, no need for panic. Similarly, the stock market gaining momentum coincided with SEBON disbanding the probe committee; market players no longer felt threatened as disbanding the committee implied that players need not feel concerned about stock market receiving illegal money. It does not seem that inquiry was made into how much influence illegal transactions had on the stock market thenand that decisions made accordingly. The deciding factor to buy and sell at relatively low prices appears to be an instantaneous emotional reaction.

The regulatory authorities, such as the SEBON, have urged the market players to accurately weigh their pros and cons before deciding to make stock market trade and investments. However, given people’s tendency to act out of faith or fear to events and contexts that tend to influence the market, it is ultimately faith in companies that investors decide to invest in, that is likely to avoid such market fluctuations. It seems as if rationality can be probed out of any kind of market crash or boom, but in retrospect. Sudden decisions to buy or sell at the lowest or highest prices are made within an extremely short period of time, and these decisions appear to be guided by emotional reactions than rational contemplation.