Not Alone On Trek To Poon Hill

I was left alone. For me the excitement grew even more as the date to depart for the trek was coming. Had that excitement been not there I would have never made it. 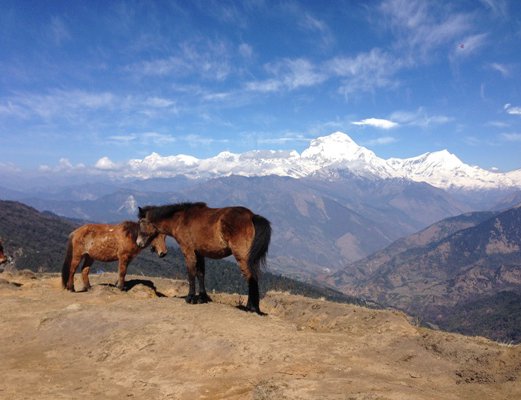 I have a mixed feeling about this trek to Poon Hill. If one goes to Poon Hill, a facet of the beauty of the Earth will be revealed. I wouldn't say it is the most unique experience I have had. I have experienced this feeling before when I visited Kalapatthar, Annapurna Base Camp and Manang. Poon Hill is definitely a little different from these places because it offers a spectacular view of sunrise along with the range of mountain peaks.

Initially five of us planned a trek to Poon Hill about a month ago. With time, everyone backed out. I was left alone. For me the excitement grew even more as the date to depart for the trek was coming. Had that excitement been not there I would have never made it. Unfortunately none of my friends could give me company. But I wasn't without a company during the trek although I had started alone in this journey from home. There were people who would suggest, advise, sympathize, chide, care about and understand me for traveling alone during the journey.

The trek happened amidst many uncertainties for me. I was apprehensive about my travel before it actually started. I didn't know what to expect. There had been a fuel crunch in the country. I knew this travel wouldn't be easy and comfortable such as in normal days. The prices of everything had escalated.

I took a bus from Kalanki on a Friday afternoon. I got a seat adjacent to the driver's in the bus. I know there are no such seats in the bus. I was seated on a cover of a gearbox nicely cushioned. The vehicles were few and passengers traveling to Pokhara were many. If I had to travel I had to compromise without complaining and move ahead.

The next morning I left Pokhara for Nayapul on a car. Needless to say it was a comfortable ride. On Saturday, after an hour and a half of riding to Nayapul from Pokhara I was ready to start an exciting journey. I hadn't trekked this route before. I was familiar only with Nayapul and Birethanti. My first stop for the night was Ulleri. At the end of the day, walking past what looked like an insurmountable uphill road for more than an hour I reached Ulleri. Many recalled and talked about this uphill walk throughout their journey. I met a few people during this first day of the trek who filled in the vacuum that the absence of my friends had made. With them I chatted and they also took care of me later when I fell ill on my third and fourth days of travel.

I felt the trek was rather dry until the third day. The magnificence of mountains was not yet revealed until I reached Poon Hill, my destination. But before that I had a good walk, good food, sound sleep and great company of a Norwegian couple to chat with. Of course I cannot forget the first hand narration of Dan Bhahadur Chettri about his experiences working in Qatar for twelve years. I listened and he talked. We were a perfect company. I took interest in his talk because a substantial portion of Nepal's economy is supplied by the remittances sent by people like him suffering untold hardships, sometimes under fatal circumstances. He had softened so much and had absolutely no arrogance left in him in dealing with his guests. His softness could be seen in comparison to his wife's subtle arrogance who also catered to the guests.

On Sunday I reached Ghorepani sometime before noon. I had my lunch and an early dinner with a gap of just four hours. The portion for dinner was much and I forced myself to eat in order not to waste food. It was after that that I had problems with stomach. In this unpleasant experience, I was grateful my fellow travelers supplied medicine and comforted me in every way possible under those conditions. Trygve, the Norwegian fellow traveler, even offered to carry my bag.

I had to watch the sunrise. Therefore, I got up early and left for Poon Hill from Ghorepani. It was about an hour's walk from Ghorepani. For the aspiring trekkers to know Poon Hill doesn't have hotels. It is a spot from where sunrise and mesmerizing mountains are seen. Gradually tourists started crowding Poon Hill. With dawn the silver mountains started revealing slowly. As the grandeur of the mountains was revealed the fiery red sun rose from the distant horizon. For the first time the spectacular mountains had a competitor in the rising sun. The flocking tourists were another sight to observe. The excitement in their faces at the sight of Dhaulagiri and Annapurna were inexpressible. They were awestruck by the presence of some of the tallest mountains up so close.

I enjoyed the sight and grew more attached with the mountains. After the crowd dwindled the silence of the mountains cast a spell again. I spent more than two hours admiring the mountains, unwilling to leave the place. But time is a better player. I had to leave Poon Hill. However, as a consolation the mountains were visible until I reached Ghandruk via Tadapani. I stopped at Tadapani for the night.

One hour downhill from Ghandruk I got a seat in a jeep for Rs.370. The driver drove at ease and with caution playing Nepali and Hindi numbers as requested. In about two and a half hours I reached Pokhara. To be back at the comfort of the city after nearly four days into wilderness felt great.

Nepal-India Flights Resuming Next Week By Agencies 2 days, 12 hours ago 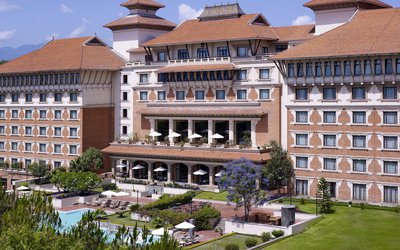 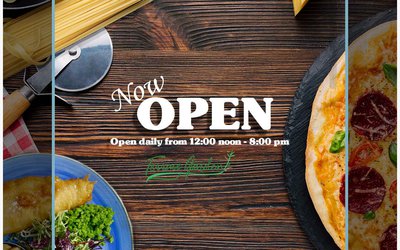