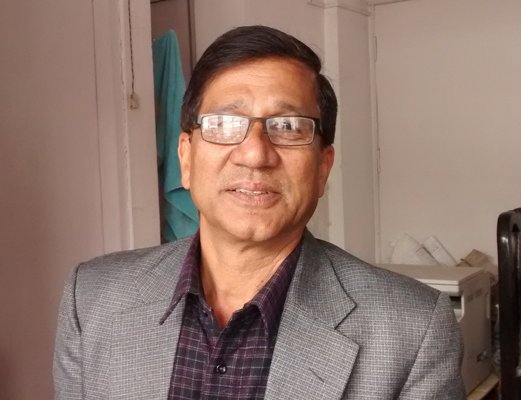 Why was the Emergency Top-Up Cash Transfer Program ETCTP required?

The program was implemented in response to the devastating earthquakes of 25 April and 12 May 2015. In cooperation with UNICEF, the government implemented Emergency Top-up Cash Transfer Program (ETCTP) for vulnerable groups between June and November.

How much was the cash benefit provided?

An emergency cash benefit of NRs. 3,000 (US$30) was provided to the beneficiaries of the existing government social assistance programs in the 19 most earthquake-affected districts as a top-up to the regular payments. The ETCTP reached five categories of beneficiary including: (1) senior citizens aged 70 years and above or 60 years and above if Dalit; (2) widows, and single women aged 60 years and above; (3) people with disabilities; (4) Dalit children under five years of age; and (5) highly marginalized indigenous ethnic groups.

One of the main objectives is to provide short-term relief to vulnerable people and their households in severely affected districts through existing Social Security Schemes. There was the provision for an unconditional cash transfer of NRs. 3,000 (US$30), with at least one tranche planned. The government issued communication of complementary messages that promote positive behaviors for children’s well-being and reduction of vulnerability to future disasters.

How do you see it is working?

The beneficiary population is highly economically vulnerable. The beneficiary population was extremely affected by the earthquake. The majority of population are subsistence-based farmers and only a small proportion of population having a secondary livelihood. Despite massive relief operations, specific needs of vulnerable groups were not met immediately. Thus, there is a realization for other programs to reach that population. This is complements other conditional cash transfers like loss of life, cash-for-work and housing compensation. Existing cash delivery mechanism is available for large scale cash delivery. Urban service sectors including major market centers have largely remained operational after the disaster.

How is your experience working with UNICEF?

As UNICEF has been closely working with the Government to reduce child malnutrition and supporting child protection, and emergency preparedness through government mechanism, our institutions have good understanding in working with them. With UNICEF technical expertise, VDCs were able to reach the needy population effectively.


Why was this cash delivery initiated?

Despite government agencies, UN and INGOs and other agencies initiating the services for food and other in-kind transfers (basic relief items -food, shelter and health needs), specific needs of vulnerable groups were not met immediately like  complementing other conditional cash transfers, loss of life, cash-for-work, and housing compensation. Given this scenario, there was a realization to use existing cash delivery mechanism available for large scale cash delivery. There are already defined vulnerable groups of the society and readymade list of beneficiaries like recipients of payments in existing government Social Security Schemes. We have directly supported more than 400,000 people in the 19 severely affected districts.

What are the social assistance programs?

Social assistance programs include five schemes introduced gradually over past 20 years. Annual registration process and payments made every four months through VDC offices of bank transfer in many Municipalities. This program includes senior citizen’s allowance, widows and single women’s allowance, disability grant, child grant and endangered /Indigenous Peoples Allowance. Local bodies have been distributing Rs.200.00 to 1000.00 monthly to different groups. Local bodies distributed the budget of NRs. 7,246 million (US$72.5 million) in 2010. Programs are all managed and implemented by MoFALD and DoCR with involvement of Ministry of Women Children and Social Welfare (MoWCSW) for disability status assessment.

What is your implementation modality?

We have distributed the cash through existing Government systems including VDCs and Municipalities. We provides necessary amount of cash to VDC/Municipality through concerned DDCs.

When was the agreement signed?

Project Agreements were signed by Ministry of Finance and UNICEF on 9th July 2015. Funds transfer process – US$14.02m sent by UNICEF to DDCs; then DDCs to VDC/Ms Delivery mechanism – Cash payments at VDC office; bank transfer in many Municipalities. There were additional measures put in place. We have sent Behavioral change booklets to DDC level for distribution along with the cash transfers information dissemination – through leaflets, radio and local channels.

What lessons have you learnt?

Cash has a value for the vulnerable. Most vulnerable including children and differently able always are benefitted by such cash transfers in emergencies. Coping mechanism in Nepal is also sustained through cash transfers. The program has shown that local bodies are capable of handling the communities in most responsive ways.

What are the key challenges?

Local bodies are unfamiliar with such assistance and face issues on continuation of such top up grants, timely reporting, universalizing the support through government’s regular schemes. VDCs also lack capacity and staff at local bodies for distribution in a transparent manner and with grievance mechanism. These are some of the challenges.

How do you say that your program is successful?

The independent assessment survey verified that the 93 per cent of target beneficiaries - approximately 434,690 people - received the emergency top-up cash transfer of NRs. 3,000. The cash was most commonly used to meet short-term basic daily needs such as food and medicine, clothing and other household essentials.

Time To Sketch Export Management Approach: Aryal By A Correspondent 1 week, 3 days ago

"Himalayan Bank At This Time Is Not So Keen To Go For The Merger" CEO Rana By A Correspondent 1 month, 4 weeks ago

“We Are Undergoing A Massive Change In Our Governance System” Bishnu Adhikari By NEW SPOTLIGHT ONLINE 2 months, 4 weeks ago