The construction of the 195 meter long steel cantilever pathway, with 55 meters of approach trail was recently completed along Yaru Bagar of the Budhi Gandaki river in Kerauja VDC of Gorkha district. 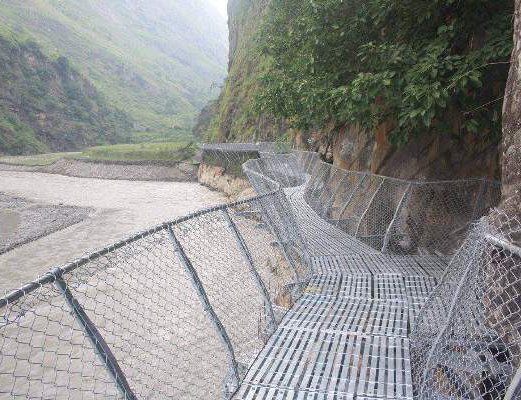 Manaslu Rural residents in northern Gorkha and trekkers to the Manaslu Conservation Area now have a safe and accessible pathway thanks to the construction of a UKaid funded cantilever pathway and approach trail at a critical crossing along the Budhi Gandaki river.

Accordng to a press release issued by British Embassy, the construction of the 195 meter long steel cantilever pathway, with 55 meters of approach trail was recently completed along Yaru Bagar of the Budhi Gandaki river in Kerauja VDC of Gorkha district. The 35 ton steel structure will directly serve around 8000 inhabitants in the 8 northern VDCs of the Gorkha district.

According to Mr Sudarshan Prasad Dhakal, Director General of the Department of Tourism, “the cantilever bridge is the first of its kind in Nepal and a great example of environmentally sustainable construction that is of large benefit to the local community”.

Landslides triggered by the 2015 earthquake blocked the Budhi Gandaki river. As a result the river changed course eastwards and the trails at Jagat Gaun in Sirdibas and Yaru Bagar in Kerauja were swept away. Villages were cut-off, unable to use their usual trails to bring food and other daily supplies from Aarughat. Using alternative trails, along a dangerously steep and rocky hill, added two hours to the journey increasing transportation costs and thus the price of food and other commodities.

Mr Kanchha Gurung, the chairperson of the approach trail users’ committee applauds the construction and the impact it will have on peoples’ livelihoods. Reduced transportation costs will lead to a fall in commodity prices and enable the local community to buy rice grain from Aarughat for a third of the post-earthquake price. The opening of the pathway will also provide students with a safe route to school and allow the Manaslu trekking route, which was obstructed post-earthquake, to re-open to trekkers.

UKaid provided financial support for the construction of the pathway and Samarth-Nepal Market Development Programme (Samarth-NMDP) implemented the construction in coordination with the Gorkha District Development Committee and the Department of Tourism. The pathway was completed over a two month period, from April to June 2016, at a total cost of NPR 37.5 million.

Mark Smith, DFID Deputy Head of Office said “UKaid support to promote tourism in Nepal aims to raise incomes of people in rural areas. Tourism was badly hit by the earthquake last year, but is now picking up again. Ensuring trails are open and safe will encourage more tourists to the Manaslu area.

This will benefit the local economy and people. We are proud to have been able to help in this small way.” The Cantilever Pathway will be formally inaugurated at a ceremony in August 2016.

UKaid is one of the largest bilateral donors to Nepal. The Department for International Development (DFID) is the UK Government department responsible for administering UKaid.

The Manasalu Circuit is an emerging trekking destination and was receiving around 5,000 trekkers annually before the earthquake. UKaid funded Samarth-NMDP works closely with stakeholders to upgrade trekking infrastructure in five trekking areas including Manaslu. In Manaslu, Samarth-NMDP is working to support stakeholders to make the Circuit fully functional before the start of the next peak trekking season.

We Look Forward To The Further Strengthening of India Nepal Ties: PM Modi By NEW SPOTLIGHT ONLINE 2 days, 16 hours ago 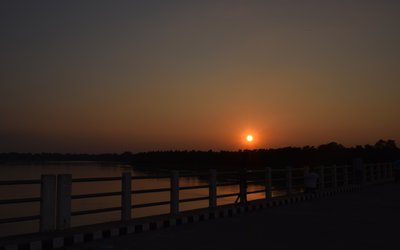 Weather Update And Forecast For September 20 Across Nepal By NEW SPOTLIGHT ONLINE Sep 20, 2020