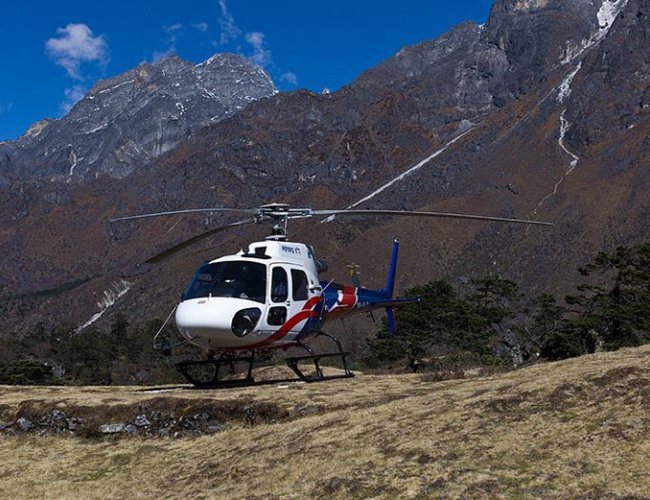 With six passengers aboard, the helicopter was maneuvering to land on the Gosainkunda helipad when its tail-rotor accidentally scrapped the surface causing a slight panic. All aboard the chopper including the pilot are safe.

According to a media report, two choppers along with a technical team have left Kathmandu to repair and maintain the helicopter and bring back the passengers. The coverage of the accident is continuing.