On The Border To Freedom

India and Nepal as neighboring countries have shared a long history of friendship, notably since the 1950 India–Nepal Treaty of Peace and Friendship. 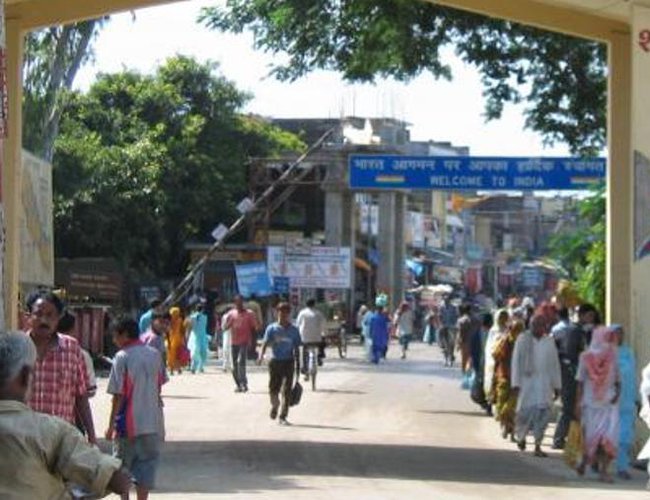 Freedom as a concept is a topic of widespread conversation. It has connotations that differ with people and context. Freedom in terms of a country like India reflects a very important aspect of its history. India as a nation, through a lot of struggle, came about attaining freedom after a long period of the British rule. Does this experience of colonization make the Indians value their freedom? Or are Indians just ‘free’ in the larger context of colonialism but are still within certain shackles?

India and Nepal as neighboring countries have shared a long history of friendship, notably since the 1950 India–Nepal Treaty of Peace and Friendship. Nepal is a landlocked country sharing borders with India on three sides and China on one. Sweeping away the 2 centuries long history of Monarchy, Nepal is still adjusting to the chaotic phase of democracy building that has been playing in the country since 2007. India has had a massive influence in the economy and politics of Nepal. The Nepalese people usually take India as a reference point while discussing their own political scenarios. People of Nepal have  been referred to as naïve and passive many times. Especially during the economic blockade of 2015, that took place in the borders of the country for about six months, the inability of the Nepalese  to  protest and force the government to immediately act upon it, made them look like people who cared less about their basic rights. As the country was still recovering from the ruins of the earthquake, the shortage of fuel, cooking gas and other basic amenities added to the already existing trauma people were facing. The enormous gaps between the rich and the poor was quite visible during that period as the rich were able to afford petrol at a higher price and prevent hungry stomachs by replacing cooking gas with electric stoves. There was minimal distress for the upper and the middle class, while the disadvantaged ones had no option but to somehow adjust. Each household had repeated discussions of the political scenarios of the country and through personal observations, the educated members of the younger generations always came to a conclusion of how there weren’t enough voices raised in order to bring about a change. One very interesting comparison was made as to how the Indians react when there is even a 2-rupee rise in petroleum prices in India and the ever adjusting abilities of the Nepalese people. It was followed by an assumption that maybe the Indians are more vocal and assertive about their rights as they have experienced a prolonged British domination that curtailed their ‘freedom’ because of which they have a better understanding of the value of their freedom that further urges them to more actively fight for their rights. Nepal has had no history of colonial domination or a major milestone of freedom struggle, is that why the citizens don’t value their ‘freedom’ and aren’t forthcoming enough to fight for their rights?

Nepal has had to depend on India and China, initially due to geographical reasons. Now inadvertently due to lack of good governance and leadership in the country, the neighboring countries even have a say in the internal matters of the nation. Clearly, Nepal as a country is not free to make decisions and policies on its own without considering its external scenarios. Further, the citizens of the country don’t necessarily exercise any kind of freedom as there isn’t a stable government to act upon requirements. Known to be the second richest country in terms of water resources, load shedding was a very normal phenomenon for the country till about a year back. The country should have been able to generate energy for its own use as well as to sell it to the neighboring countries, instead for the longest time Nepal was buying electricity at a high cost. The road widening procedure was supposed to be an advantage for the Nepalese people but the mismanagement has caused so much pollution that the capital city was almost renamed by its inhabitants as ‘Dust-mandu’. The local elections took place in the country after 20 years in 2017. This delay and the several mishaps during the elections reflect the very dangerous flaws within the country's government. There is no direct dominance on the Nepali soil but the citizens are looking forward to an independent government free from corruption and an inclusive democracy.   India may have come a long way in terms of its independence from the British Rule, however the actual feeling of freedom maybe experienced by very few. The recent example of beef ban or the constant struggle of equality among various communities draws our attention to the ever existing loopholes. Both the countries have had a dramatic transformation from history. Freedom need not come from a significant struggle for independence but by addressing certain nuances which will pave way for change and this change will not come overnight.

About-Turn? By Hemang Dixit 6 months ago