The inflow of tourists in their village has resulted in a lot of benefits to the community. The village now has ten times the number of shops it did five years ago. The economic condition of the people has improved. 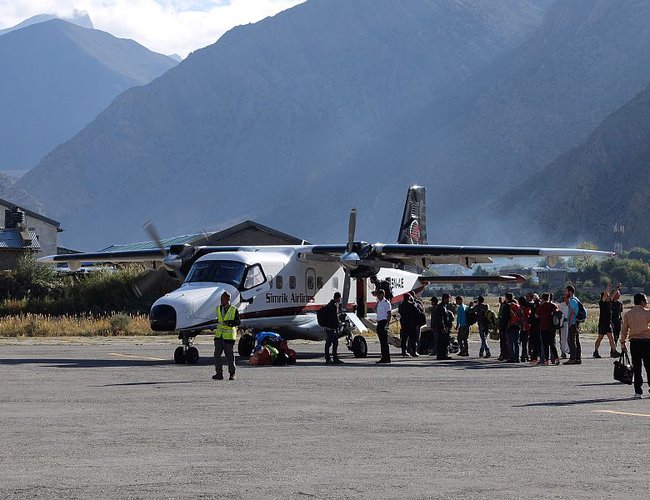 In Nepal, homestay programs have proven to become successful ventures in places where they have been implemented effectively. After 2011, which was declared to be the “Year of Tourism”, the concept of staying with the community in their houses was incepted to make up for the lack of beds in hotels. Additionally, the visitors also get the essence of the local livelihoods of the host communities in the form of cuisine, dance, music, interactions, and other interesting activities. One such example of a successfully run homestay program is Amaltari Homestay Village where this homestay venture has been implemented for four years now, and is entering into the fifth year.

Located between the National Park of Chitwan and other Community Forests, Amaltari lies in the buffer zone, around 6 km south of Danda, in Nawalparasi. Three major ethnic groups inhabit Amaltari: Tharu, Bote, and Musahar. Around 24 households, predominantly Tharus, run the homestay venture.

The inflow of tourists in their village has resulted in a lot of benefits to the community. The village now has ten times the number of shops it did five years ago. The economic condition of the people has improved. In addition to the economic advantages, the forests have been electrically wired and animals do not enter the village like they did before the homestay had been established. The villagers have been victims of a lot of destruction in terms of crops, property, lives; usually from rhinos and sometimes leopards and tigers. This has now been managed by the community, with some help from the local government. Interestingly, the community is also crime-free. There are no incidents of reported crimes whatsoever. And, most importantly, they have maintained a very high level of sanitation and hygiene. There exists a level of coordination and synergy in the village that allows them to function well.

In other homestays, like the famous Ghale Gaun, the influential people get the guests to their own houses and the other households are left out as a result. Thus, there is a conflict between households. One major factor that attributes to the well-functioning of the community is that the management ensures all houses get an equal number of guests and they take turns to host the visitors. In fact, when the hosts run out of vegetables, milk, or meat, they buy some from their neighbours and this has encouraged some people to grow more than what is required for their own use and sell it. This way, the resources in the community are being utilised. Communal harmony and collaboration is a must to ensure such ventures become successful.

Tharus have been known to live in close knit communities, especially in the form of big families, sharing the same kitchen. However, sometimes the family is also large in size due to the presence of polygamy. Oftentimes, just hosting people makes it difficult for them to run their household expenses and thus, the males work outside the house in different occupations. Interestingly, some men who had earlier left the village for search of better jobs in foreign countries have returned after the homestay progressed. The role of the male as a sole breadwinner has changed since the rest of the family is not only dependent on him for money. The women in the Tharu community who were unemployed some years ago, now make money off hosting the guests. The burden of work for these women has increased as the number of guests can go up to 45 persons in a month, but at the same time also makes it possible for them to turn the same household work into a money-making venture. Also, the males of the family help the women when needed. In return, the guests who stay with them learn from them their nitty-gritties, culture and tradition.

On the other hand, an interaction with the Bote people who were in comparison with the Tharus unprivileged and faced discrimination from them do not actively partake in the homestay programs. They are either uninterested or excluded from the homestay venture, depending upon who you ask. The Tharus believe that the Bote are alcohol-consuming merry making community who do not save for tomorrow. Boat-rowers by profession, they do not have the same occupation after bridges have been built across the Narayani, so they – the men– have been reduced to fishing every night for a living. They sell whatever they can at the end of each night-shift, buy alcohol with the earnings, and drink their way into a good day’s sleep to prepare for another working night. When asked about why they do not want to host people in their residence, they responded that they did not have the required land or finances to construct the required infrastructure. Moreover, earlier the Homestay Management Committee along with other international organisations like the WWF provided funds or resources like cement and wood but now, that inflow has stopped. Additionally, they also mentioned the lack of time to tend to guests, despite the fact that most of the women were unemployed. However, this could also arise from the fact that they have very little remaining of their original culture as compared to the Tharus, and as happens in every community, the dominant community influences the way of life of other communities. This can be reflected in the fact that since the Tharus have an egalitarian family structure, the women have a dominant role in the family. This affects positively the lives of otherwise discriminated women in the Bote and Musahar communities in the rest of the country.

Despite the progress that has been gradual but huge in the four years of establishing the homestay, a lot still has to be done. The dominant community of the Tharus have prospered more than the Botes and the Musahars, and this can be seen in physical infrastructure, education level, political participation, general awareness, and obviously in economic terms. The Tharus rank higher than the other two communities, and some form of discrimination is felt by them others which they do not directly express but nevertheless make sure to slip in between the lines.

All in all, homestay is a great venture and extremely beneficial for the community if implemented efficiently. For the guests who otherwise would be engrossed in the expensive activities of extravagant jungle resorts with fancy linen sheets and a fancier price list, this is a cheaper alternative and offers no less services. It benefits a huge community and in turn, the guests get to closely introspect the authentic culture they otherwise could miss. A community needs to be strongly supportive of all its members to make such a communal activity work out. If that is achievable, then homestays could be a huge success in Nepal very easily. In fact, this venture could easily be a great booster for both domestic and international tourism in the near future.

Hotel Yak And Yeti Opens Its Restaurant For Guest By NEW SPOTLIGHT ONLINE 2 weeks, 3 days ago