Removal Of A CJ Parajuli By A Letter of Judicial Council Is Tantamount To A Constitutional Coup D’état: Former Attorney General Karki 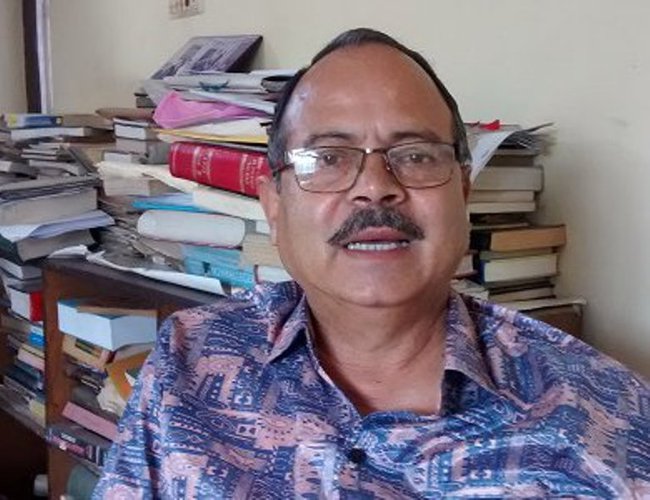 He further said the communists have proved that they are totally intolerant of judicial independence. He also said that they brought disgrace and dishonor to the dignity of the highest functionary of the republic.

Chief Justice Parajuli was removed by the Judicial Council on Wednesday amid a row over his multiple birth certificates. Minutes before he was to administer an oath to President Bidhya Devi Bhandari, the council sacked him saying as per available certificates.

According to the Constitution of Nepal 2015, chief justice can be removed only through the impeachment motion by House of Representatives

150 Plus Nepali Migrants To Arrive From UAE Tomorrow By NEW SPOTLIGHT ONLINE 13 hours, 17 minutes ago

Lunar Eclipse On June 5 And 6: Strawberry Moon, Time Of The Eclipse Duration In Nepal By NEW SPOTLIGHT ONLINE 14 hours, 44 minutes ago

SEE,11 And 12 Exam Decision Within A Week: Minister Pokharel By NEW SPOTLIGHT ONLINE 14 hours, 57 minutes ago

Nepal Reiterates Its One China Policy And Considers Hong Kong As An Integral Part of China By NEW SPOTLIGHT ONLINE 1 day, 13 hours ago