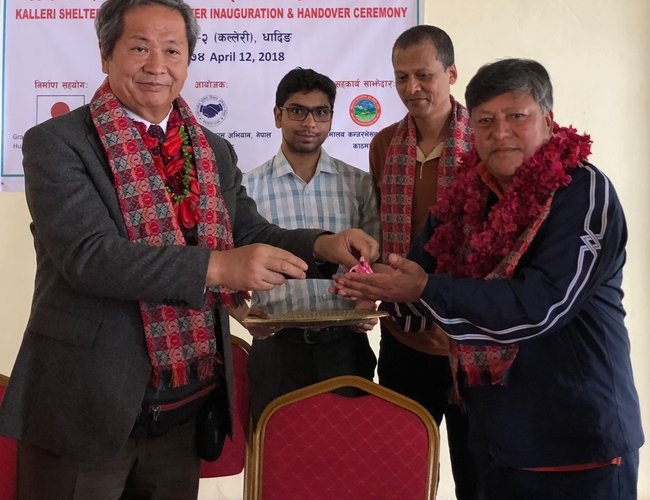 Ambassador of Japan to Nepal Masashi Ogawa and Dr. Gangalal Tuladhar, former Minister of Education and the chairperson of the Himalaya Conservation Group Nepal, both cut the ribbon and handed over the key of Kalleri Shelter-Community Center to the Consumer Committee of the center.

The Government of Japan extended financial assistance of US Dollars 79,761 (NPR approximately 8.5 million) to the Himalaya Conservation Group Nepal under the Grant Assistance for Grassroots Human Security Projects (GGP).

HCG, a Nepali NGO in Kathmandu District, worked with local residents and various community organizations to construct a one-story community center, which in case of emergencies, can be used as a shelter for the surrounding communities. The center consists of a large hall, two storage rooms, a meeting room, an office, and toilets.

In Kalleri VDC, now restructured as of a part of Galchi Gaunpalika, most of the houses were destroyed and 14 people were killed by the 2015 earthquake. The villagers faced difficulties in coping with refugee life since they could not find anywhere safe to live. In this area, poverty is apparent due to the lack of collective agricultural activities which could improve their production and sales. 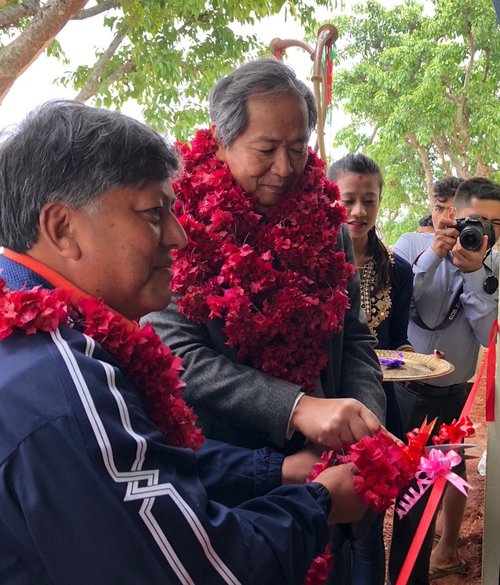 ‘Kalleri Shelter-Community Center’ will be utilized as a multi-purpose community center also for schools and local NGOs to conduct training and awareness programs. During peak harvesting season it will be used as a collection center for agricultural products. It is expected that the center will help local residents in their income generation.

“The Embassy of Japan in Nepal hopes the success of this project will benefit the earthquake affected local residents to fully recover as soon as possible and live their daily lives safely. The Embassy also hopes this project will enhance the cordial friendship between the peoples of Japan and Nepal,” said a press release issued by Embassy of Japan.