The NRA already has a correction manual, under which the houses built without following the set criteria can be retrofitted and made quake-resistant for owners to be eligible for the government grant. 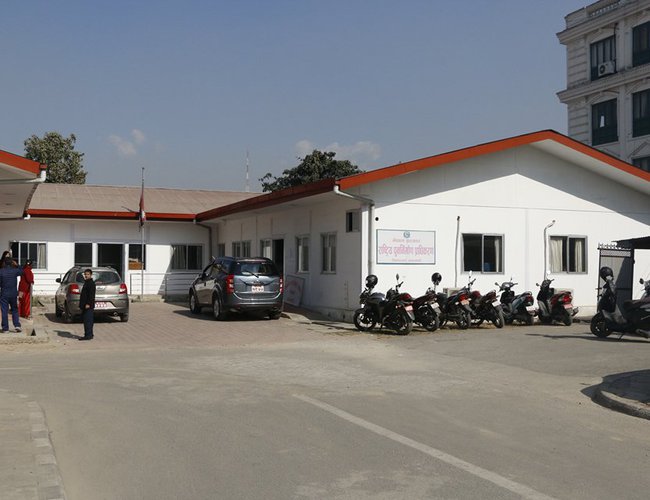 In line with the decision taken by the National Reconstruction Authority Directive Committee, the NRA Executive committee is planning to revise the agreement signed between government and the World Bank with a view to easing the process of extending grant to earthquake survivors who have failed to rebuild their houses in compliance with the government-set criteria.

The executive committee plans to liberalize the financing working procedure in consultation with donors on the basis of the government’s decision. According to the agreement, only those who have built quake-resistant structures as per the government-set criteria are eligible for the grant.

“The agreement between government and World Bank needs to be revised to provide grants to earthquake survivors,” NRA CEO Yubaraj Bhushal told THT. “We will do our bit to convince the donors because quake survivors should get grants in an easy way.”

The NRA already has a correction manual, under which the houses built without following the set criteria can be retrofitted and made quake-resistant for owners to be eligible for the government grant.

However, even if such structures could not be made quake-resistant through retrofitting, the whole working procedure needs to be amended and relaxed to be able to distribute grants to the owners, according to NRA Spokesperson Yamlal Bhusal.

As per direction of Prime Minister KP Sharma Oli, the NRA also plans to convene a meeting of the Development Assistance Coordination and Facilitation Committee which will also be attended by donors. The committee monitors and ensures the effectiveness and transparency of programmes run under development assistance.

According to The Himalayan Times, to support rural housing reconstruction, a multi-donor trust fund has been established with support from the US Agency for International Development, Swiss Agency for Development and Cooperation, the Government of Canada and the World Bank.

Development partners such as Japan International Cooperation Agency are working in close collaboration with the MDTF partners to extend the coverage of rural housing reconstruction programmes.

The NRA Directive Committee decided to put in place provisions to provide reconstruction grants to earthquake survivors who have rebuilt their houses but have failed to meet government-set criteria for quake-resistant structures.

Prime Minister KP Sharma Oli, who chairs the directive committee, had said in the Parliament and the meeting that the laws and policies could be revised, if needed, to implement the decision.

“The directive committee has taken theoretical decision; we will search some alternative ways to resolve the problems of earthquake survivors,” CEO Bhushal said. “We will form a task force to find out legal hassles and make recommendation to ease the procedure.”

In quake-hit areas, hundreds of houses have been built before the government-set the criteria for quake-resistant construction came into force. And, donors have been pressing for building earthquake-resilient houses.

NRA has also received an alternative suggestion from various sides that the earthquake-resistant manual could be corrected to resolve the problems. There are shortages of technicians trained for retrofitting at the village level, Bhusal said.

A donor conference held immediately after the earthquake had witnessed commitments worth $4 billion from donors, but not all the pledges materialised. The estimated cost of reconstruction is likely to reach $10 billion.