We Were War Babies

Food rationing gave way to food excess and mania, which I dare say led to this sad era of obesity for all nations that are not at war! 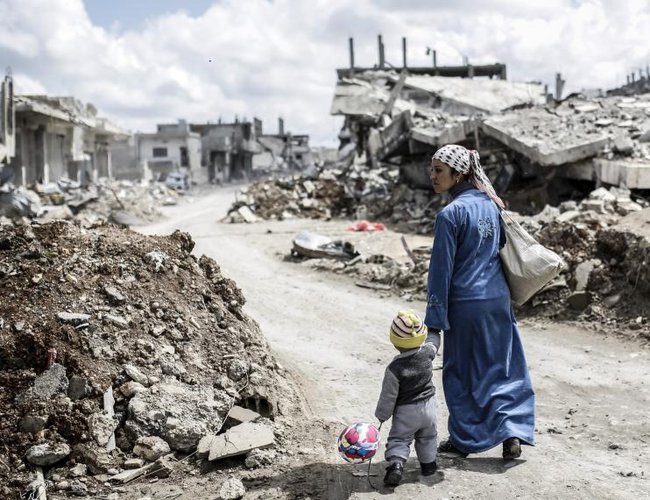 Just as I was about to succumb to repeated suggestions from friends and colleagues to write my memoirs and was almost persuaded that it might be interesting to compare today’s fancy washing machines with the peggy tubs and washing boards of my childhood, it all started again! Now from my worst memories come the terrors of childhood.

We were war babies, and we were never allowed to forget how lucky we were to have had so many kith and kin fighting to keep us safe and fed: although the sugar was glucose and the potatoes and milk made of powder, what did we know?

Food rationing gave way to food excess and mania, which I dare say led to this sad era of obesity for all nations that are not at war!

Those were the times during which parents and doctors alike fretted over ‘skinny kids’. Now it’s anorexia and bulimia, but then photographs coming out of Belsen and Buchenwald put an end to the era of the skinny model, for a time at least.

We were constantly reminded if not by family but by others who told us how lucky we were to have come through unscathed into a world of perm lotions and canned spinach in case the spinach wasn’t growing properly in the bombed out fields. Which child ate spinach before the advent of Popeye and Olive Oyle?

Popeye was a fictional hero among a host of heroes, not only statesmen and folks in the news but various local heroes who became world famous in our own neck of the woods.

As children we played our own war games, daring each other down abandoned air raid shelters that we believed would no longer be needed now that a well earned, hard fought for peace was attained. Yet, guess what? Here we go again with the nation to nation bickering, the so-called democratic nations against the fascist ones.

Pondering on the violence depicted daily on our television screens, or repeated with in faultless articulate tones on the radio, wondering where it all comes from, surely it must dawn on us how much our political leaders revel in conflicts carried out by proxy in different lands? Their allies are used as pawns. They have rules for their war games that seem to be applied selectively depending upon which side they are favouring.

Just like children ‘mature adults’ align one with the other, trade insults and disbelief. What impact does this have on future generations? Surely we have part of the answer to this in the violent use of firearms in the U.S.-used on children and adults without discrimination. This then must be the impact of the continual political war cries!

Looking back on the long series of events in Syria and before that in Iraq we can often pick up a series of alternative truths on social media. One view that goes viral on the web and on mobile apps is a self important American claiming that it’s all a sham. ISIS, AL Qaeda, and so on and so forth are fake organisations that never attack Israel. So, this self-important fellow presumes that since they never attack Israel, they must be a façade, window dressing to protect the Israeli nation state. Try instead that every student in Israel, male or female performs national service; they are aware of the widespread global tendency to make them whipping boys; and hence they are on their guard.

The other theory I have; and try this one for size, is that if a nation has been on the world’s dislike list for a couple of thousand years then its people tend to hone their skills, work harder, groom their intelligence, produce a fair number of geniuses (e.g. Einstein, Marx and Bettelheim) and after that they survive. Not only do they survive but they thrive and, of course, everyone begins to dislike them. People are strange animals- they dislike others’ success, unless the others are their children, parents or close relatives. They should be celebrating others’ success, but don’t.

We can find many examples of competitive groups and their attitudes to other group members. Rivalry stokes competition and competitors find faults in each other that may or may not be true faults. Children are more transparent than adults and often complain about each other by beginning with the losers’ refrain

“It’s not fair, so and so cheated.” The human response is often that the competitive side must have cheated, otherwise they wouldn’t be ahead!

This is why the title of the piece today is ‘Here we go again.’  Never has there been a more convenient whipping boy than the Jewish nation! We could be back in the 30s and 40s. How far have we come? I don’t think our attitudes have come far at all! For 20 centuries we created whipping boys and hated their success, ability to thrive and sometimes-sheer genius!  We herded them into the camps of a fascist state in the last century and still become amazed today when some of their leaders (some not all) become fascist towards others. Not that Israel is the only example of people who had to escape from the mainstream. Currently the Rohingyas are proof that any group can become victims based on any number of suspicions about their religion or lifestyle.

Gypsies or travellers, as they are now euphoniously called, form another group that has invited a great deal of wariness. They were known as thieves and wife snatchers; people who lived in our forests and destroyed them, moving their caravans on to another place when they had exhausted the bounty of one place.

This is the way the world has gone. Power was always with the wealthy, or so it seemed. Where does power lie now? Is history going to repeat itself? If so as tragedy or as farce?

Right now in Syria it seems to be repeating itself as tragedy, but if one considers the reactions of the world’s leaders to date, we may be about to witness the farcical elements of it all when a sexual predator faces off against a self-righteous hitman. Neither wants war we are assured, but they aren’t doing much to avoid one!