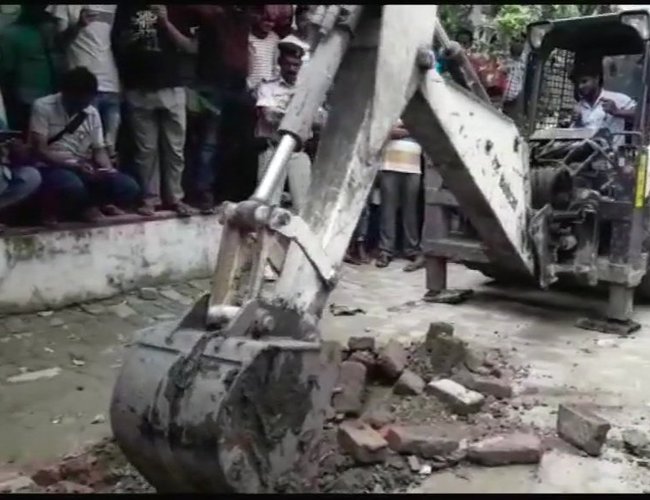 PATNA: Police dug up the premises of the government children's home (balika grih) on Sahu Road under the Town police station area in Muzaffarpur to locate the remains of a minor girl, who was allegedly killed and buried on the campus.

The police action is based on the statement of one of the rape survivors of the children home, who in her statement before a magistrate said that one of the girl victims was thrashed inside the home and died of injuries and the authorities buried her body on the campus.

The matter was highlighted after the audit report of Tata Institute of Social Sciences (TISS, Mumbai) mentioned sexual and physical assault on the minor girls living at the children home. Subsequently, an FIR was lodged on May 31 against the NGO Sewa Sankalp Ewam Vikas Samiti, which was running the children home, and its office-bearers.

10 people have been arrested so far, we will soon file a charge-sheet against them.

"Nothing has been found so far at the shelter home premises where digging is underway. We are conducting a thorough investigation, police is working independently," SSP Harpreet Kaur said.

The medical examination reports have suggested rape of 16 girls. 44 children were housed at Muzaffarpur children home. 14 of them have been shifted to Madhubani and rest 30 to two different homes in Patna after the FIR was lodged.

The SSP has said charge-sheet will be filed against the ten accused within a week and police have also moved court for proclamation notice against another child welfare committee member Dilip Kumar Verma, while is evading arrest. 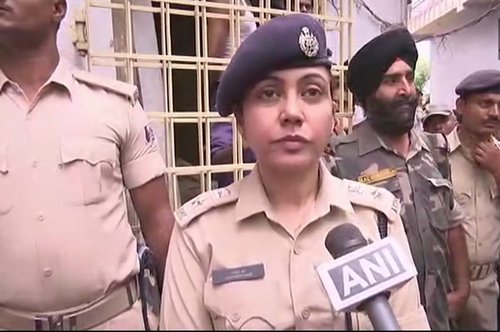 Madhepura MP Rajesh Ranjan alias Pappu Yadav of Jan Adhikar Party (Loktantrik) on Sunday demanded CBI inquiry into the case. Yadav said it is clear from the medical reports of the victims that they were raped inside the children home. “People must know about the politicians and bureaucrats involved in the case,” he said. Yadav also said he would bring adjournment motion in Parliament demanding a CBI inquiry into the case reports The Times of India.

According to a news report published in The Times of India, leader of opposition in Bihar assembly Tejashwi Prasad Yadav on Sunday accused the government officials of covering up the case. “It is rarest of rare cases. One girl was even murdered and buried on the premises. The government had been aware about rape since March, but no action was taken. Instead, attempts are being made to cover up the matter,” he tweeted. Tejashwi also alleged that minor girls were supplied to politicians and officials for years. He said such crime was also reported from Motihari, Siwan and Hajipur.