Salman On Priyanka’s Exit From Bharat

As per reports Salman Khan was miffed at Priyanka Chopra when she walked out of Bharat, which is being directed by Ali Abbas Zafar. During the trailer launch of Loveratri, Salman spoke at length about the entire controversy. 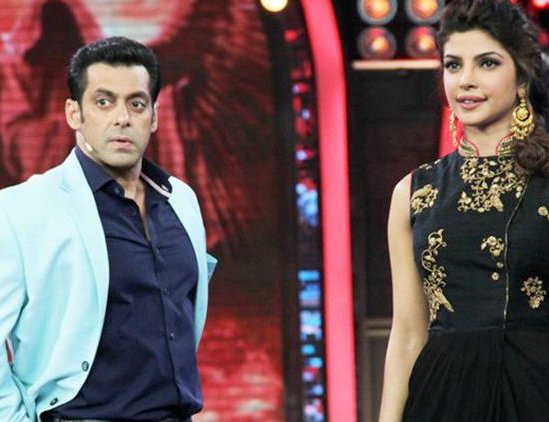 At the trailer launch of Loveratri in Delhi, Salman Khan spoke at length about Priyanka Chopra’s voluntary exit from Bharat and if he was miffed with the Quantico star. While the actual reason is still unclear, director Ali Abbas Zafar’s encrypted tweet unsing words ‘Nick of time’ left many speculating that it was because of Priyanka’s impending wedding with her alleged beau Nick Jonas.

Salman, who was hopping between Mumbai and Delhi on Monday to launch the trailer of his upcoming production Loveratri, starring Aayush Sharma and Warina Hussain, was being showered with questions pertaining to the film. But in the midst of all this, the Bhai of Bollywood just couldn’t escape the one big question – Priyanka Chopra’s exit from his next film Bharat.