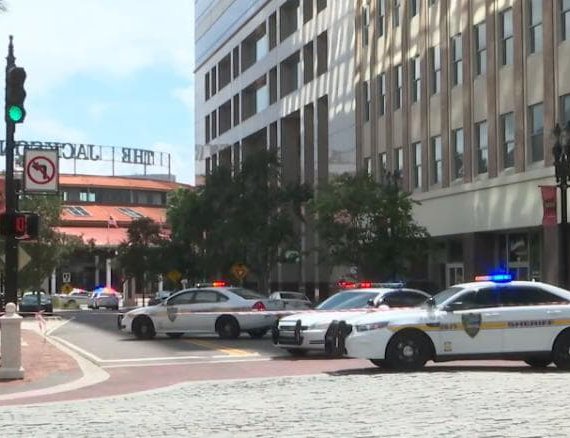 Two people have been shot dead by a gunman at an entertainment complex in Jacksonville, Florida, police say.

They named the killer as David Katz, 24, from Baltimore, who then shot himself dead at the scene. No other suspects are being sought.

Eleven other people were injured in the incident.

The shooting happened during a video game tournament being held at Jacksonville Landing, a large shopping, entertainment and dining complex.

Katz used only one hand gun, the police said, according to their investigations so far.

Police refused to confirm local media reports that he began shooting after becoming angry following a loss at the gaming tournament.

Florida has seen several mass shootings in recent years, including at the Pulse nightclub shooting in Orlando in 2016, when 49 people died, and the Marjory Stoneman Douglas School in Parkland in February this year, when 17 people were killed.