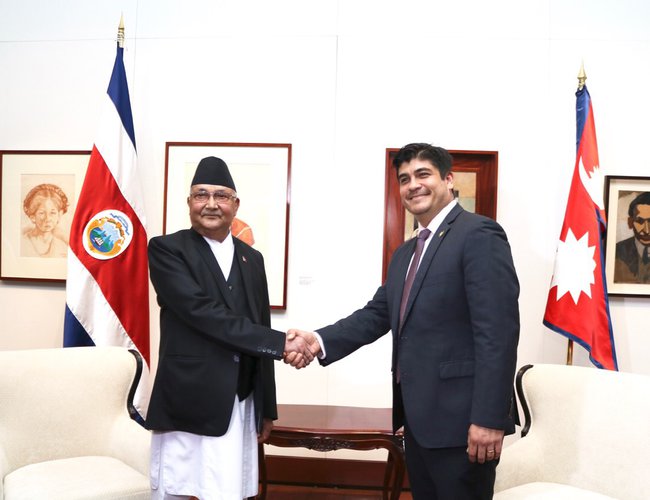 In the talks, the two leaders reviewed the status of Nepal-Costa Rica relations and discussed the ways to further strengthening bilateral cooperation.

They agreed to work closely at both bilateral and multilateral levels in order to take the bilateral relations to newer heights. They deliberated on the issues such as poverty reduction, sustainable development, agriculture, women empowerment, peace and disarmament, good governance, environmental protection, and clean energy, among others. They also agreed to regularly organize meetings at appropriate level to follow up on the issues discussed in the talks.

The Prime Minster highlighted the major priorities of the present Government of Nepal and the long term goal of ‘Prosperous Nepal, Happy Nepali’. Alvarado Quesada stated that Costa Rica’s goodwill and support would continue in Nepal’s development endeavors.

According to a press release issued by Ministry of Foreign Affairs, the official talks were followed by a joint press address. The two leaders shared the outcome of their discussion.

Following this, the Costa Rican President and his wife hosted dinner in honour of the Prime Minister and his spouse.

It may be noted that this was the first ever official visit to Costa Rica by a Nepali Prime Minister after the establishment of diplomatic relations in 1977.

Earlier today, Prime Minister Oli also addressed a special program organized by the University for Peace and shared his thoughts about peace, democracy and socio-economic development. He was also conferred an Honorary Doctorate by the University for his contributions made towards establishing peace and resolving conflict.

On being awarded with the Honorary Doctorate, he said that the honour was an acknowledgement of Nepal’s successful peace process and appreciation of peace-loving Nepali people. He shed light on Nepal’s peace process, democratic movement and constitutional development. 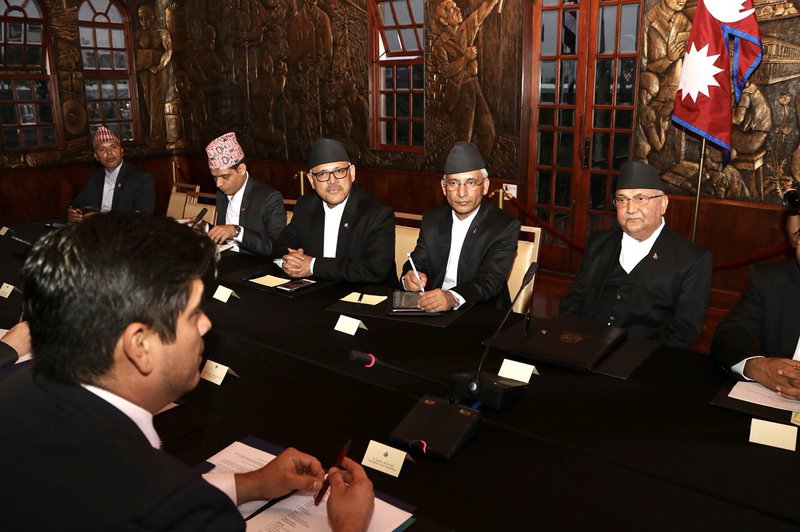