As there will be demand of more electricity in the future, Nepal Electricity Authority (NEA) has decided to start Construction of Upper Arun From 2021 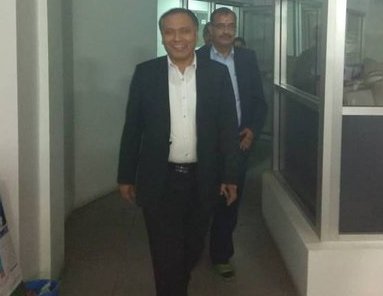 After successfully ending the power cut for the third consecutive year during the Tihar Festival, Kul Man Ghising, NEA MD, has decided to prepare for the construction of 700 MW Upper Arun- a major hydropower project.

To meet the growing demand of electricity in the country, NEA has announced to start the construction of Upper Arun Hydroelectric Project from 2021 targeting to complete it in 2026.

After the assumption of the post of Managing Director two years ago, Kul Man Ghising chose two projects, Upper Arun and Dhudkosi, as storage projects to meet the demand of peaking hours.

Nepal Electricity Authority has advanced a process of construction of Upper Arun Hydroelectricity Project placing it under a high priority.

NEA has called pre-qualification notice to select a Contractor Company for the construction of 24-kilometer access road. According to a notice published 15 November, interested contractor companies have to submit application by January, 2019 for bidding.

According to the working schedule, after the evaluation of the proposal of the interested companies, NEA is planning to seek technical and financial proposal from successful company for pre-qualification.

”We are working under a schedule to start the construction of road,” said Kul Man Ghising, Managing Director of NEA. “A consulting company is preparing a detailed design of access road now. Our aim is not to make any delay in the construction work of main structure of the project.”

According to MD Ghising, NEA has a plan to complete the construction of road within 24 months. NEA will complete the detailed engineering design, selection of contractors and prospective investors in parallel with the road construction period.

Comparing with energy generation, the cost of the project is much cheaper. “The project will generate more energy during winter. NEA is planning to start construction of access road by June 2019 and complete it by 2021 June. NEA has also a plan to select the contractor by 2021 April and complete the project by 2026 September,” said MD Ghising.

The government has already decided to construct the project in company model issuing shares to public. The project will be constructed by a company under NEA. As per the decision, NEA has already established Upper Arun Hydroelectric Company Ltd.

It was delayed due to a cabinet decision of 2012. Under that decision, the government decided to build the project with its ownership through NEA. Due to this decision, the present company was unable to secure the survey license. The company applied for license of the project in 2016 March in Department of Electricity development.

As the cabinet has already decided the modality of the project, the company will secure the license. Under the concessional loan of the World Bank, a detailed study of the project is going on with a target to complete it by 2020.

After pulling out from Arun III, World Bank has not invested in any hydropower project. Energy, Water Resource and Irrigation Minister Barsha Man Pun, Minister of Finance Yubaraj Khatiwada and vice president of World Bank Hartwig Schafer were paying the site visit of the project.

Minister Pun has already announced that new attractive projects will be constructed with investment from people. NEA has pushed the Upper Arun project to execute minister Pun’s spirit.

The review showed that the project has capacity of 700 MW with estimated cost US$ 900 million. Since the project lies in high Himalayan zone, it will have very less effects on human beings and less environmental implications. NEA has already pushed 30 MW Ikhuwa Hydropower project, which is going to be a part of Upper Arun.

Ethiopian Renaissance Dam Controversy: Egypt And Sudan For More Negotiations On Flow of Water In Nile By Agencies 1 week, 6 days ago

Bhutan Looks At Renewable Energy To Meet The Demands In Winter By NEW SPOTLIGHT ONLINE 2 weeks, 3 days ago