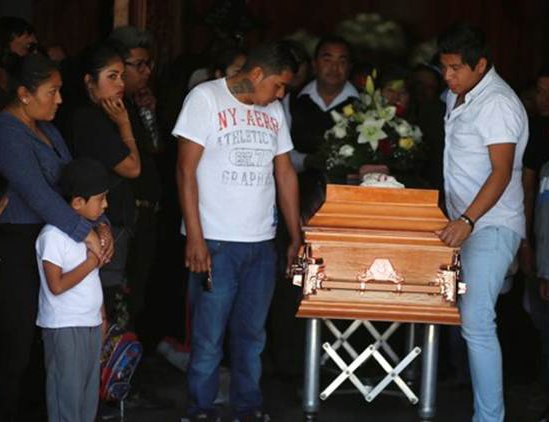 The death toll from a fuel pipeline explosion in central Mexico last week rose to 91 on Monday as Petroleos Mexicanos (Pemex) defended its response to one of the deadliest incidents to hit the state-run oil company in years.

Hundreds of people near the small town of Tlahuelilpan in Hidalgo state rushed to collect fuel from a gushing duct which authorities said was punctured by suspected thieves, and dozens were caught in the explosion that followed.

Some people at the blast site said those shortages had encouraged local residents to try to make up the deficit by collecting fuel from the ruptured pipeline – a version of events that was backed up by officials in the state government.

On Monday, a pipeline was breached by suspected thieves a few miles (km) southwest of Tlahuelilpan at the village of Teocalco, but was quickly cordoned off by soldiers, Fayad said.

Fayad added that 91 deaths had so far been confirmed from Friday’s blast and that the final toll was likely to exceed 100.

Lopez Obrador’s government has come under close scrutiny for its handling of the incident, and questions were raised about why Pemex took so long to shut off the pipeline, having known about the rupture for hours before the blast.

A Pemex engineer told a news conference on Monday that at first the leak was just a “small puddle” but later grew into a “fountain.” Within 20 minutes of that assessment, the engineer said, the company was able to “take actions.”

It was not clear if those actions included shutting off the flow of fuel in the pipeline.

Pemex Chief Executive Octavio Romero said his team followed protocol, though he would not confirm or deny whether there was negligence or corruption related to the delay in closing the pipeline. “Everything will be looked at,” he said.

Mexican Attorney General Alejandro Gertz said any negligence by authorities is being investigated and that officials involved would be called in to answer questions this week.