The cable car will link Thuldhunga to Baral chowk, spreading over 1.6 kilometers in length, RKB Real Estate and Constructions Limited is investing around Rs.560 million for the project 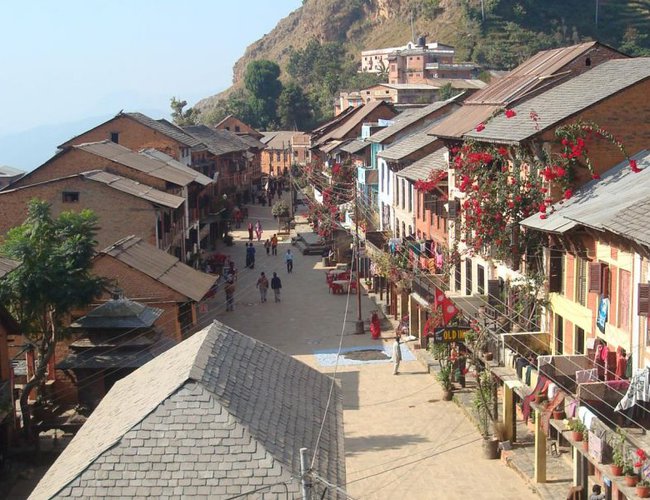 As the number of tourists grow, the chief minister of Gandak Province, Prithvi Subba Gurung has already laid down the foundation stone for a cable car to link the historical town of Bandipur with Prithvi Highway.

The cable car will link Thuldhunga to Baral chowk, spreading over 1.6 kilometers in length, RKB Real Estate and Constructions Limited is investing around Rs.560 million for the project. According to a promoter, a detailed project report has already been completed, along with purchasing of the land, environmental assessment and the right to use the forest area.

Only a four-hour drive west of Kathmandu, Bandipur is easily accessible from the wide and smooth Prithivi Highway. There are many buses en route to Pokhara and each makes a routine stop at Dumre. From Dumre, one can catch a local bus or jeep uphill to Bandipur for Rs. 50. which is just 72 kilometres away from Pokhara.

Historically, Bandipur was a popular stop on a busy trade route between Tibet and India. It remains part of a main trade route between India and western Nepal through Thori of Chitwan. In 17th century, the Newars from Bhaktapur settled down in Bandipur as traders, so the town has many links with Bhaktapur. As with all traditional Newari towns, Bandipur has narrow alleys laid with square cut flagstones between brick houses on both sides to the main town square. At a time when most cities are crowded and noisy, a tourist can find a sense of tranquility in this town which is rare in other urbanised areas of Nepal.

Constructed 130 years ago, Durbar Ghar is said to be the oldest house in town showcasing the unique Newari architecture. There is also the pagoda-style temple of Bindyabasini, highly revered by the Bandipur residents.

In addition to that, there are places like Raniban, Tundikhel, Khadgadevi Temple, Mahalaxmi Temple and the historic stone spouts called Teen Dhara. There is also an effigy in the Mahadev’s Temple, which was reportedly erected in the 13th century.

As the Newars of Bandipur are descended from the immigrants from Bhaktapur, every lane and alley in the town has a temple or a shrine — not unlike those of the Newark towns of Bhaktapur.

Situated at an elevation of 1030 meters, Bandipur straddles one of the crests of the Mahabharat chain of hills that passes across the mid-western mountainous terrain. The north of the town opens onto a spectacular view as the Marsyangdi river flows through a deep valley.

On a clear day, from Bandipur one can view the peaks of Dhaulagiri, Manaslu, Annapurna, Lamjung, and Ganesh. Also visible are the Gorkha Durbar (fort) and the Mankamana ridge (a famous pilgrimage site) from some vantage points. 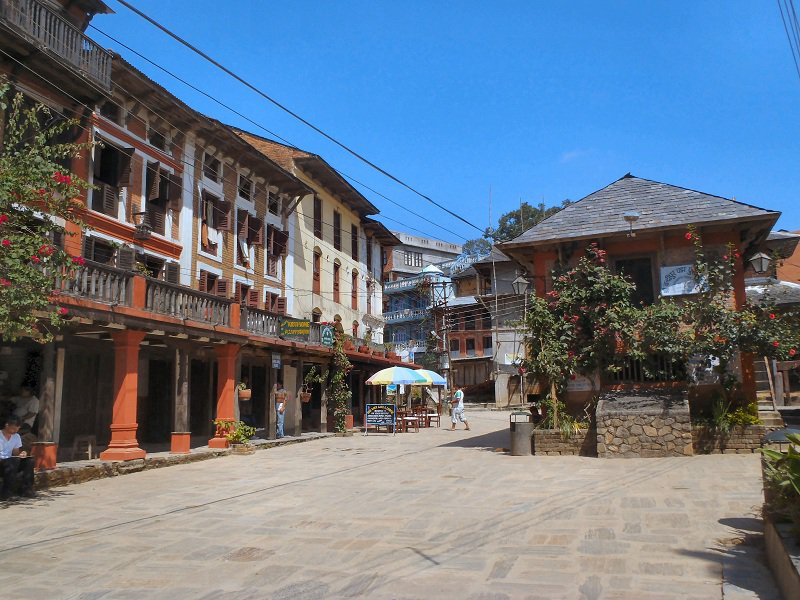 The geographical location, the intricately carved temples, the unique architecture, the dominance of age-old temples and shrines and the diverse ethnicity, all evoke a palpable sense of testimony to its rich culture and heritage.

Originally, Bandipur was inhabited by the Magars, an ethnic group from the western hills of Nepal. With the fall of the Magars, the Sen Dynasty captured the power. King Mukunda Sen of Palpa, the most ambitious of all, divided his empire into Baishe Rajyas (22 principalities) amongst his heirs. Bandipur was ruled by Bhriggu Sen and his descendants until the 17th century. The rule of the Sen Dynasty fell after Prithvi Narayan Shah’s historic triumph over the Tanahu Kingdom.

The Newars, mostly from Bhaktapur, arrived at these far off hills looking at the prospects of trade and prosperity. According to historians, it was an ancient trade route that existed as early as the 9th century. Bandipur linked the mid western hills between the Terai plains as far as India in the south meeting the northern highlands of Tibet.

With the arrival of the Newars, Bandipur rose to prominence. Traders from Tibet peddled musk, animal skins, horses, and rare herbs, while merchandise like calico, tobacco, sugar, glassware and kerosene flowed in from British India.

Along with the Newars came their deep-rooted ancestral culture, traditions, architecture and religious heritage. Bandipur still retains an ancient relic of architectural façades and the town has preserved the Newar culture and religious practices through remaining decades in isolation and, now, in spite of changing times.

Lakhi Jatra, Khadga Jatra and Bisket Jatra celebrated in Bhaktapur have also found their way into Bandipur through the Newark traditions. Even the streets and alleys in the little town are named in Newari and the Newari dialect is still spoken by the older generation. Magars, though less in number in the town area, are concentrated in a nearby village called Ramkot, a two hour hike from Bandipur bazaar. 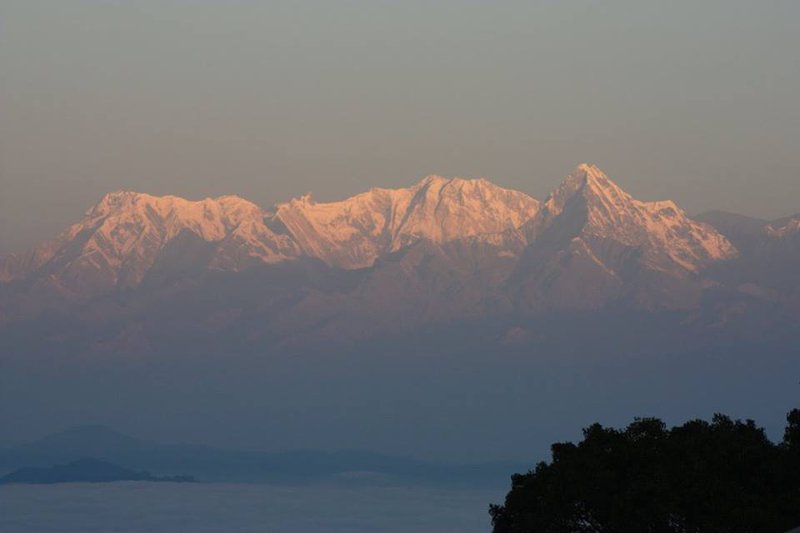 Isolated and having been inaccessible by a vehicular road for some time, the once booming trade took a nose dive. After the construction of Prithvi Highway, Bandipur lost its trade. After shifting the district headquarters to Damauli, the city turned into a dwindling town.

Bandipur turned into a ghost town when the bulk of the business-centred Newari community moved down the mountain to nearby highway towns or to the Terai plains of Chitwan.

However, with the unyielding efforts and determination of the local people, Bandipur is now revived to its former glory all thanks to tourism. Their concerted endevours saved the historical town from turning into ruin. As the number of domestic and international tourists started to arrive, things are changing. 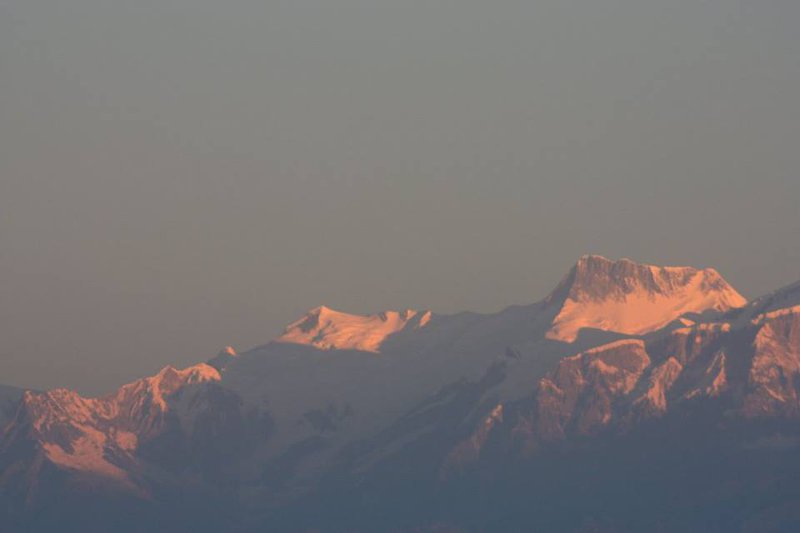 The cable car, upon completion, will be an added attraction for tourists visiting Bandipur. The old trade town has been receiving around a hundred foreign tourists every day. Since the Ministry of Culture, Tourism and Civil Aviation has listed Bandipur as a tourist destination to visit, it will certainly lure a large number of tourists to western Nepal.

World Tourism Remains At A Standstill As 100 Percent Of Countries Impose Restrictions On Travel All Regions By NEW SPOTLIGHT ONLINE 1 week, 3 days ago