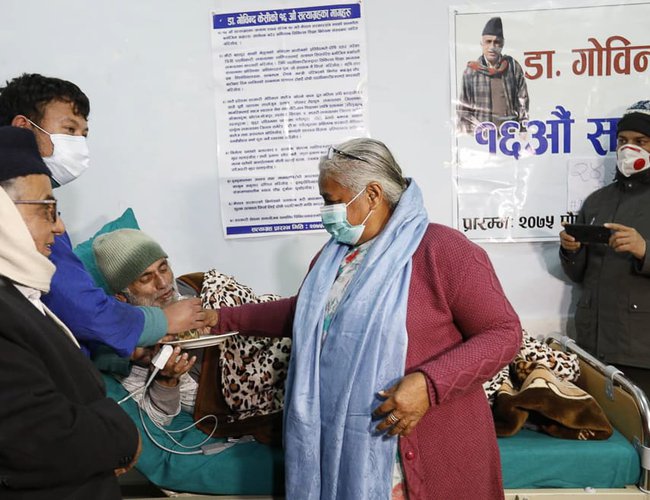 After twenty four days of fasting to death, Dr. Govinda KC has announced breaking his fasting. In his press statement, Dr. KC has made it clear that he broke the fasting looking the people who were denied treatment and criticized the government for insensitive towards people.

Despite opposition from Nepali Congress and fasting of Dr.K.C, the government passed the bill from the parliament. After the bill passed by upper house, Dr. KC agreed to break fasting on the request of his supporters.

He said that the medical act will benefit some individuals not all the people. Former chief justice Sushila Karki went to hospital and provides orange juice to end hunger strike. Former speaker of House of Representative and leading civil society leader Daman Nath Dhungana were also present

Nepal Extends Lockdown Until June 14 And Suspended All Flights Till June 30 By NEW SPOTLIGHT ONLINE 7 hours, 59 minutes ago

More Than Half A Million Nepali Foreign Migrant Workers Registered For Repatriation By NEW SPOTLIGHT ONLINE 21 hours, 1 minute ago