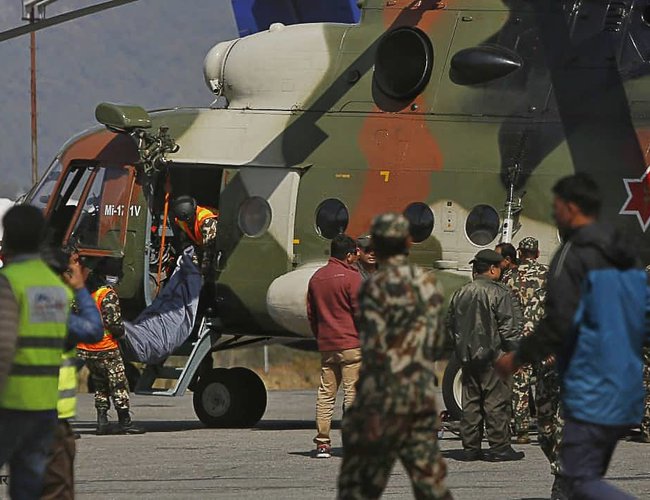 The bodies of Air Dynasty chopper crash victims, including Tourism Minister Rabindra Adhikari will be placed for the final tributes at Tundikhel tomorrow morning from 8:00 am to 11:00 am.

Although the bodies have been brought to Tribhuvan University Teaching Hospital (TUTH) for post mortem today, it took a long time to identify the body. Doctors have stated that the post-mortem is expected to take some more time.

Security personnel, mediapersons, family members and well wishers of the deceased are waiting at the medical facility. 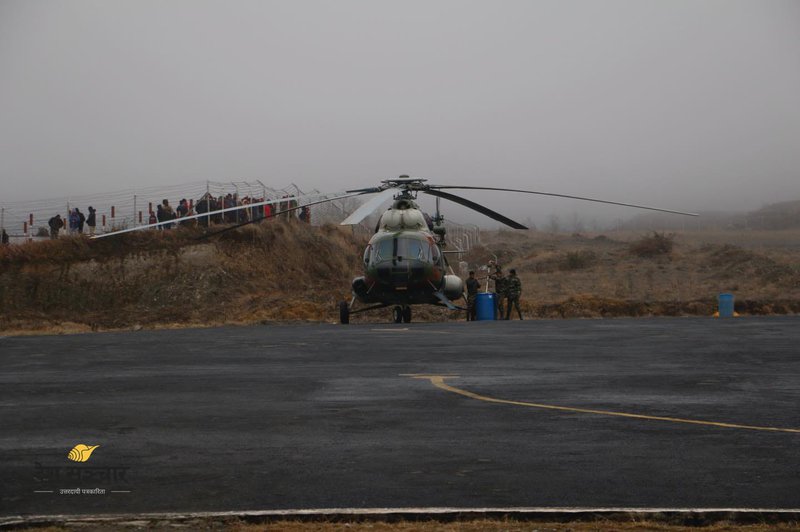 Earlier,the bodies of Air Dynasty chopper crash victims have been brought to Kathmandu.

The Nepal Army helicopter carrying the bodies of the deceased has landed at Tribhuvan International Airport in the capital city.

The bodies of Air Dynasty chopper crash victims have been airlifted from Taplejung and are being brought to Kathmandu.

The Nepal Army MI-17s helicopter has brought the bodies from Taplejung after the weather conditions improved. 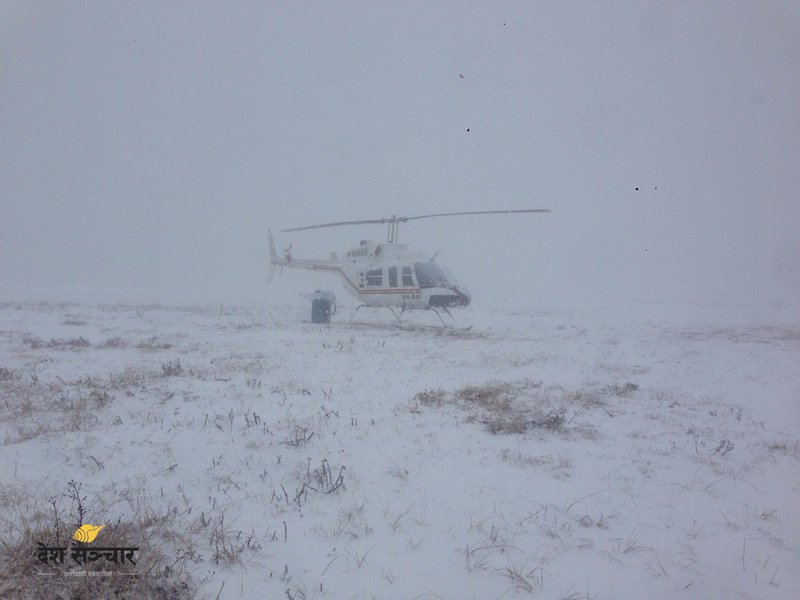 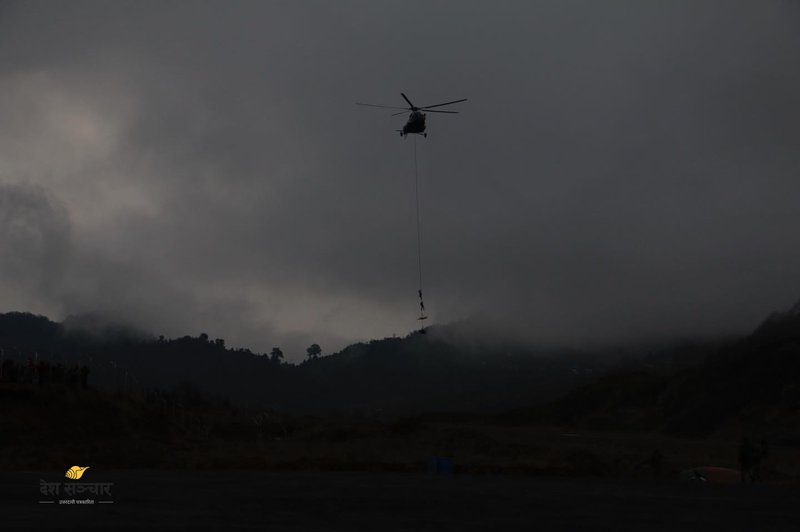