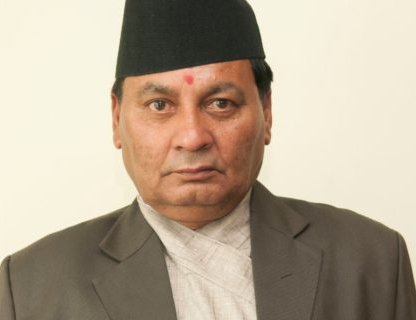 Amid reports of his involvement in corruption, Commissioner at the Commission for the Investigation of Abuse of Authority (CIAA) Raj Narayan Pathak has resigned. However, it has raised many questions about the credibility of CIAA and the corruption cases filed in the court by it.

A major national daily in its exclusive report had exposed Pathak, elaborating on how he bargained with various parties for bribe to ‘settle’ issues, apparently with the anti-graft body.

In the last ten years, CIAA has filed numbers of cases charging individuals for their involvement in the abuse of authority and corruption. From individuals in the lowest rung to the top of leadership, CIAA has booked every type.

Although there have been issues of corruption and abuse of authority in all times and regimes, CIAA allegedly filed cases against only certain persons with certain political leanings. During the tenure of CIAA chief Suryanatha Upadhyaya, many top stalwarts of Nepali Congress were indicted by CIAA in corruption charges, leaving many others untouched.

With the arbitrary authority to choose and pick, CIAA’s commissioners have the monopoly over the power over who to indict and who to make free. Pinpointing only a few individuals seems to be a norm for CIAA. However, Pathak’s episode exposed how impartial CIAA is. Recently, CIAA filed a case against former governor Dr. Tilak Rawal, who has a liberal democratic leaning and is a person with firm conviction. He was charged on misuse of authority in printing of Polymer notes in Australia in his tenure in 2001.

Although the decision to print Polymer notes in Australia was taken by cabinet, former governor Dr. Rawal, who has been writing critical opinions on the present government, was only to be indicted in the court along with two others Himalaya Pandey and former senior officer Upendra Keshari Poudel.

As there is a long tradition to appoint all the heads and members of constitutional bodies on political affiliation and political orientation rather than their individual capability and independence, CIAA’s impartiality is always in question.

Former governor Dr. Rawal’s seventeen years old file was closed by CIAA long time back. Opening the case in this juncture has ample reason to question the intention of CIAA.

With his bold stand and clean image, former Govenor Dr. Rawal has been strongly standing in favor of liberal and free economy. Former governer Dr. Rawal differed with views of some people inside the bank on the idea of free or controlled economy during his tenure as governor. However, those people who differed with him are now in power.

The recent corruption case against Commissioner Pathak has raised the questions on previous cases filed by CIAA whether or not they were influenced by corruption of commissioners.

King Birendra And His Family: Nineteen Years After Massacre By NEW SPOTLIGHT ONLINE 2 hours, 51 minutes ago

NEPAL-INDIA Bonds Across Border By Keshab Poudel 1 day, 18 hours ago

India Open To Engaging With Nepal In An Environment Of Trust And Confidence: MEA Spokesperson By NEW SPOTLIGHT ONLINE 3 days, 5 hours ago