With a history of over 300 years, Nepal Army continues to stand as a force siding with people all the time 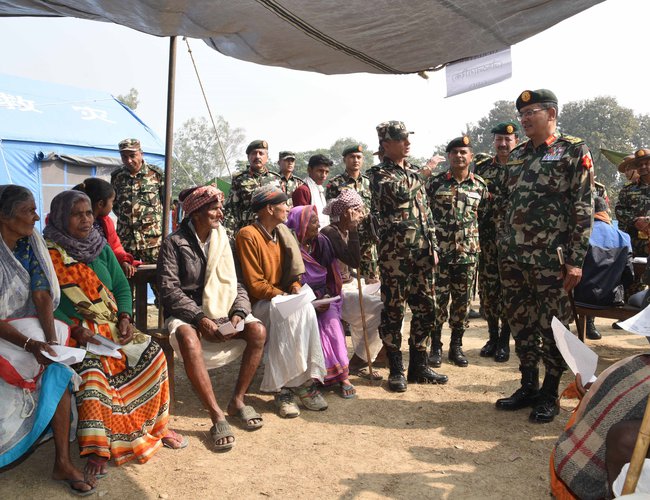 With over 300 years of organized history, Nepal Army has seen many ups and downs in its level of organization. However, the institution has continued to safeguard Nepal’s independence and sovereignty.

Along with serving the people of Nepal, Nepal Army also has been a part of global peacekeeping through UN. According to Nepal Army’s website, since Nepal became a member of the United Nations in 1955, Nepal Army has been an active participant of most UN peace operations.

The participation of the Nepali Army in UN peace support operations spans a period of over a half century covering some 42 UN missions, in which over 1,25,370 personnel have participated.

The army’s long association with UN peace support operations began with a modest deployment of five military observers in Lebanon (United Nations Observer Group in Lebanon) in 1958. The first Nepali contingent, Purano Gorakh Battalion, was deployed in Egypt in 1974. The Nepali Army has contributed in senior appointments at UNDPKO and Force Headquarters and has also deployed military contingents, military observers and staff officers.

The army has also contributed significantly through the provision of niche capabilities such as engineers, medical teams and Special Forces contingents. Their devotion to duty and excellent performance have been widely acclaimed. The Nepali Army has always accepted challenges and participated in most difficult operations. This has had a heavy toll on its personnel, and to date, 63 personnel have made the ultimate sacrifice at the altar of world peace and another 66 have been disabled.

As Nepal Army is celebrating Army Day next week, certain groups of people are making efforts to scandalize the institution with its glorious past and formidable force at present.

Along with safeguarding the sovereignty and part of maintaining order, Nepal Army remains the backbone of rescue operation in all kinds of natural disaster including the major earthquake of 2015.

As the country is in peace time, Nepal Army has been immensely contributing for national development activities. With the request from the Nepal government, Nepal Army is currently working to construct fast track, one of the most challenging development work. 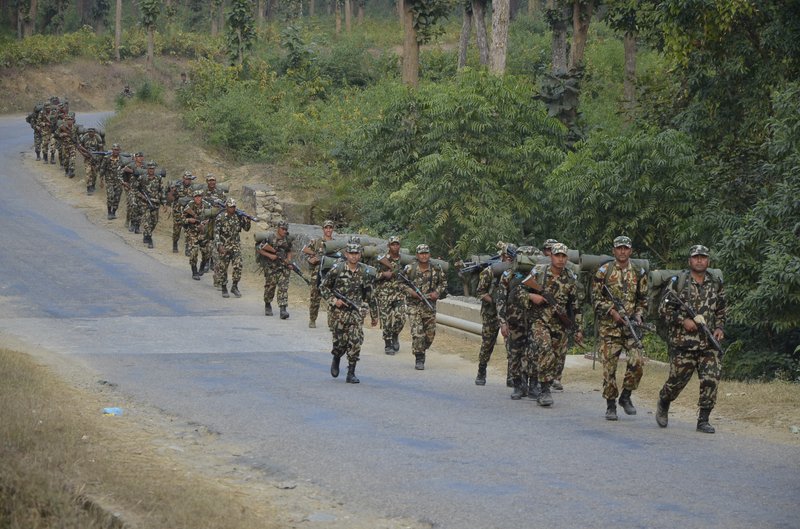 “Our work is the testimony of our institution. In the road construction Nepal Army has been in strategically important and most critical north-south roads including the construction of national pride project Kathmandu-Terai/Madhesh Expressway,” said Brigadier General Yam Prasad Dhakal, Director of Public Relations and Information (DPR&I) and Spokesperson of Nepali Army.

As the roads connect most of remote parts of Nepal, these connections not only transform the rural society but also help to uplift the local economy. In many areas, the roads also help in the construction of hydropower projects.

After the construction of Sukhet-Jumla (Karnali Rajmarg) and Nagma-Gamgadhi Road, the life of people living in Nepal’s remotest parts has suddenly changed. These two roads have helped open Rara, Nepal’s remote lake, to tourists.

With road access, local products like apple, bean and potato are transported to other parts of Nepal and these remote parts of the country are getting the food products they need in a much cheaper way.

With the expertise in the construction of roads mobilized under its high level technical and engineering directorate, Nepal Army has all the capability to take up any development work.

Construction of development infrastructure, disaster management and preservation of nature are parts of the military work under civil-military relations. In other parts of the world also, such responsibilities are given to the army along with defending border and nation.

"Nepali Army's competence is amply evident from the responsibilities it has been regularly performing during crises and non-crisis situations over the years without jeopardizing the civil military relations and at the same time maintaining its professionalism. For example, Nepali Army has been, presently, mobilizing mostly its engineering resources for the developmental work. At this juncture, I would like to reiterate that Nepali Army is committed in supporting the government objectives: Samridhha Nepal, Sukhi Nepali, (Prosperous Nepal, Happy Nepali)," said CoAS General Purna Chandra Thapa addressing a seminar.

Prominent American political scientist late Samuel P. Huntington said that under the civilian military relations, one of the major tasks of any army is to carry out the work which physically connects countries and people. In his book, The Soldier and The State, late Huntington discussed in detail different aspects of national security and civil military relations.

Even before the pronouncement by any scholar, builder of Nepal Prithvi Narayan Shah, in his Dibya Upadesh, describes the needs of harmonious roles between soldiers and civilians. The thrust of his entire unification lies in making citizens strong.

Groomed in the legacy of nation building of Prithvi Narayan Shah, who wanted to protect his citizens and make them prosperous, Nepal Army continues to follow this motto.

As an institution directly linked with society, Nepal Army needs to maintain its harmonious relations with civilian population. The importance of involvement of soldiers in nation building, disaster management and protection of natural resources cannot be overstated.

As in the past, Nepal Army is forever concerned with the wellbeing of the nation by responding to Nepal's quest for development. Given its role in the country, Nepal Army is considered one of Nepal's most efficient, cost effective and dedicated machineries for development. Nepal Army has been utilizing its trained manpower and resources in support of national progress for many decades.

The Nepal Army has been instrumental in opening up remote areas through rugged mountainous terrains with a large number of roads and bridging projects. The selfless sacrifices of Nepal Army personnel and its institutional drive and integrity have made it possible for national planners to aim for more than otherwise possible road projects for far less costs.

As Nepal Army celebrates Army Day, this is the day to remember the contribution made by Nepal Army to the country and people. At a time when the country’s political system and constitution are unstable, Nepal's stable institution has continued to play its important role in the nation's development.

King Birendra And His Family: Nineteen Years After Massacre By NEW SPOTLIGHT ONLINE 1 hour, 12 minutes ago

NEPAL-INDIA Bonds Across Border By Keshab Poudel 1 day, 16 hours ago

India Open To Engaging With Nepal In An Environment Of Trust And Confidence: MEA Spokesperson By NEW SPOTLIGHT ONLINE 3 days, 3 hours ago