As 2019 commences, Nepal continues its preparations for the next countrywide and yearlong campaign of tourism dubbed ‘Visit Nepal 2020’ with the tag line: “Lifetime Experiences”. The government aims to reach a new ambitious record of 2 million tourists by the end of 2020. With the tourism industry thriving better than ever after the 2015 earthquakes, perhaps the government’s target is not so surprising but there still remain a few hurdles to overcome. 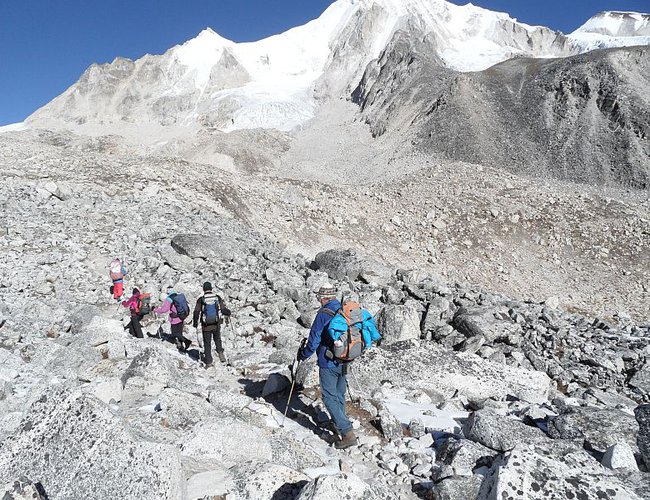 The year 2018, saw Nepal’s tourism grow by 24% with the number of foreign tourists in Nepal reaching over the million mark of 1,173,072, according to the Nepal Tourism Board (NTB). This is a significant rise when compared to the figures from 2017 which was only 940,218. Achieving the one million milestone has been the Ministry of Culture, Tourism and Civil Aviation’s (MoCTCA) goal for about two decades and it has certainly helped boost the tourism sector’s confidence in reaching the two million target by 2020.

However, it is not only Nepal which is seeing an increase in tourism, the World Tourism Organisation (UNTWO) estimates that in 2018 there was an overall 6% increase, totalling 1.6 billion, of worldwide international tourist arrivals (overnight visitors). UNWTO Secretary-General, Zurab Pololikashvili, announced on a news release, “The growth of tourism in recent years confirms that the sector is today one of the most powerful drivers of economic growth and development. It is our responsibility to manage it in a sustainable manner and translate this expansion into real benefits for all countries, and particularly, to all local communities, creating opportunities for jobs and entrepreneurship and leaving no one behind. This is why UNWTO is focussing 2019 on education, skills and job creation.” 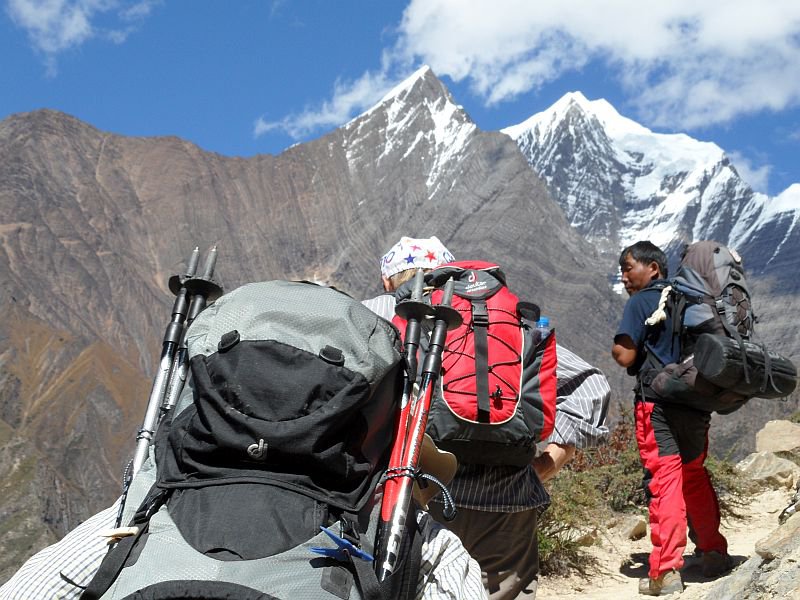 Based on the current progressions, the UNTWO expects international tourist arrivals to reach historic growth levels, rising up 3-4% next year which spells good news for the Visit Nepal 2020 campaign goal. The UNTWO also point to another growing trend of stable outbound travel from emerging markets, especially India and other smaller Asian source markets. In fact, this trend can be seen in Nepal itself. For instance, using data from the NTB, in 2018, Nepal saw a 55% rise in Sri Lankan tourists and the number of Indian tourists grew by 25%.

Notably, the NTB found that the top five countries that international tourists came from were: India, China, USA, Bangladesh and the UK. The CEO of NTB, as quoted from the Nepali Sansar website, said, “The growth can be attributed to concerted efforts of Government of Nepal, Nepal Tourism Board, private sector travel trade and media towards promotion of overall tourism sector in the international tourism arena.”

History of the Visit Nepal Campaign

The first ever Visit Nepal campaign was held in 1998 and was also the first major collaborative effort undertaken by Nepal to develop its international image of tourism. Along with the government, various agencies and organisations within and outside of the tourism sector, worked on strategies to improve Nepal’s tourism industry. The main aim of the campaign was to find ways to encourage tourists to visit all year round, rather than just the peak seasons when the weather is better. With the slogan, ‘Visit Nepal 1998 – A World of its Own’, the campaign proved to be a huge success where about 400,000 tourists visited Nepal that year which was a great increase from previous years.

Thirteen years later, Visit Nepal 2011 was launched, this time with a clearer and ambitious goal of attracting 1 million tourists. In that year, more than 700,000 tourists came to Nepal and although the country did not succeed in reaching its target until 2018, the significant upsurge of international tourist arrivals whenever the Visit Nepal campaigns were held revealed its relevance and gravity. 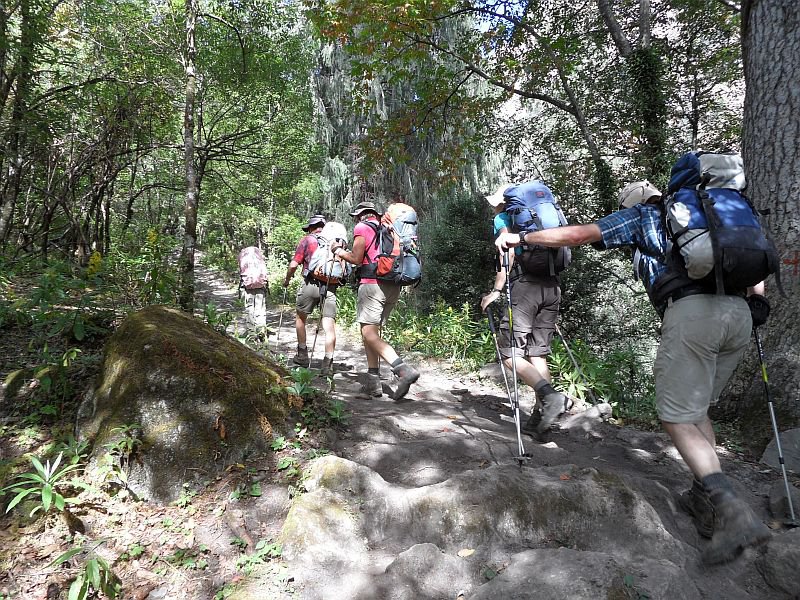 Indeed, the country has recognised tourism as a vital economic contributor to its GDP. According to the World Bank, in the Fiscal Year 2018, Nepal saw a 9.1% growth in the retail sector, the sub-sectors of the service sector e.g. hotels and restaurants had a 9.8% increase, with industry growing by 8.8% which was well above its twenty-five-year average of 4%.

As such, the government have decided that 2020 is the right time for Nepal to dedicate itself to a year of tourism. Since Prince Harry’s first ever visit to Nepal in 2016, in the aftermath of the devastating 2015 earthquakes which badly affected Nepal’s tourism industry, his stay brought good international publicity to the nation and helped boost the figures of tourist arrivals by almost 25% in the following year. This growth does not appear to be stopping any time soon, as seen through Nepal reaching the 1 million mark, and with the upcoming Visit Nepal campaign, tourism is once again flourishing in the country.

However, Rameshor, 28, who works at the Handmade Paper Shop in Thamel which has been running for around thirty years, is skeptical of the Visit Nepal 2020 campaign, “It is a really good idea but whether the government will be able to facilitate the right implementations or not, I don’t know.” He added, “Nepal has seasons of when tourists visit, right now it’s off-peak so business is not bad but not good. You can’t really change the seasons.”

Despite, it being off-season, there are still plenty of tourists about in Kathmandu. For American tourists Sally, 68, and Jessica, 54, this was their third visit to Nepal. When asked about how and why they decided to come to Nepal, they replied, “It was a place that I had always wanted to visit and I wanted to see Mount Everest and in our first visit [in 2014] we were able to do that with Shiva Excursions and it was a dream of mine and we fell in love with the place. It’s the people that bring us back, we love it... it just feels like we’re home.” Sally further mentioned, “We have some really good friends here, a local guide who runs a trekking business [Shiva Excursions], we went on a trek with the family, that’s the main reason why we came.”

One of the biggest drawbacks for the campaign could be the incompletion of the construction of international airports in Bhairahawa, 22km from Lumbini, and Pokhara. Both these locations attract vast numbers of tourists: Lumbini being the birthplace of the founder of Buddhism, Gautama Buddha, attracts spiritual tourists, whilst Pokhara is the gateway to the Annapurna region, a popular trekking destination.

However, despite many setbacks, the Civil Aviation Authority of Nepal state that Gautam Buddha International Airport at Bhairahawa will be set to open by July 2019. Once this upgrade has been completed, it is estimated that the airport’s handling capacity will rise up to 760,000 passengers annually. The Lumbini Development Trust’s latest statistics from 2018, reveal that there was a 20.7% increase of foreign visitors when compared to 2017, totalling to 363,539 foreign visitors to the holy site. Therefore, with such growing numbers of foreign tourists, if the airport does open at the intended date, it would likely help Nepal close the gap to the 2 million mark by 2020. 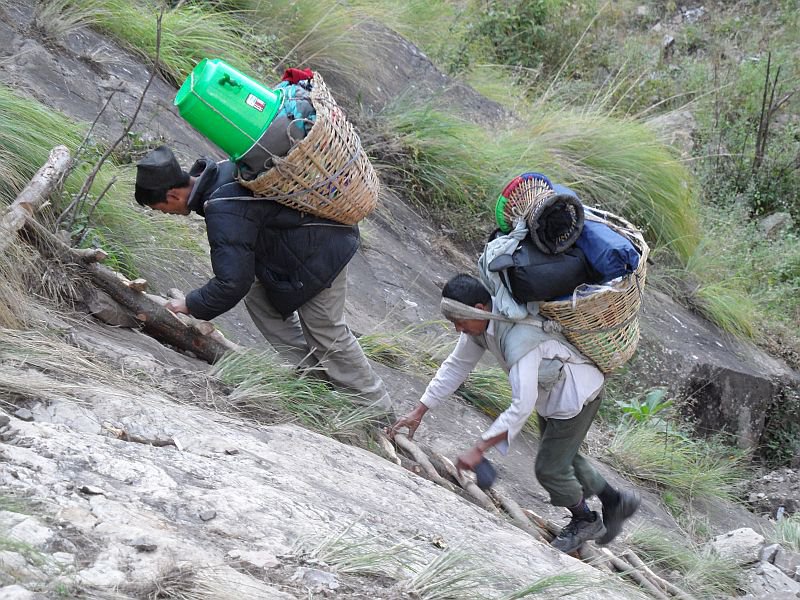 That being said, Nepal is a country of such diversity that finding more potential international airports is not a problem, rather the pressing issue that needs to be addressed now is the ineffective management of the current Tribhuvan International Airport (TIA). Suraj Vaidya, National Coordinator of Visit Nepal 2020 campaign, as quoted from The Himalayan Times, suggested, “TIA should render the best services possible as it is here that foreign tourists get the first experience of Nepal.”

Passengers face long waiting times through immigration, baggage collection and now, with the new relocation of the parking lot, a 200m walk with their luggage to reach transport. These problems, if not solved now, will produce even more hassle if the government wants to bring a further 2 million tourists into the country by 2020.

Furthermore, in keeping with the theme of travel, the Nepal Association of Tour Operators, in a press statement, implored the government to finish road construction works around Kathmandu and other popular tourist locations such as Nagarkot, Pokhara and many others. They said, as quoted from The Himalayan Times, “The condition of roads in Kathmandu is pathetic beyond description. And it is hard to walk along the roads in without being affected by dust. As we are making preparations for the grand tourism campaign -Visit Nepal 2020 such issues will tarnish the country’s destination image in the international arena.”

It is not only the construction of roads that needs to be completed, there are still several monuments and temples that were damaged or destroyed by the 2015 earthquakes that are still waiting to be fully restored. Christian Manhart, UNESCO Representative to Nepal, disclosed, “Two months after the earthquake, we did a Post Disaster Needs Assessment, where we got all the figures and we were targeting ten years for the entire construction. The Department of Archaeology actually was more optimistic, they said six years. But now I think that we will exceed ten years.”

Even, if taking the Department of Archaeology’s optimistic construction timeframe, six years after the earthquakes sets the full completion date for all restorations at 2021, narrowly missing the Visit Nepal campaign by one year. Bearing in mind, these estimates did not foresee the delays in reconstruction due to disputes between stakeholders, for example, in the case of Hanuman Dhoka’s restoration standstill. With such suspensions keeping these significant monuments from being restored to their former glory, the country may struggle in attaining Visit Nepal 2020’s bold campaign goal.

Most worryingly though, is Nepal’s issue of fraudulent helicopter rescue scams that have reached such levels of notoriety that even international news outlets have recently been reporting on this matter. Investigations carried out on behalf of insurance companies uncovered a five-year, multimillion-dollar scam where climbers were pressured to take expensive helicopter flights down mountains at the first sign of illness because helicopter operators and guides of trekking companies gain commission payments as a result of calling for helicopter evacuation of insured trekkers. These investigations also exposed that the scam caused at least one unnecessary death and involved dozens of tour operators, helicopter companies, hotels and hospitals.

Although the government have ordered a review of how helicopter mountain rescue operations are conducted, with this problem reaching international level, Nepal’s reputation may be at risk. If Nepal does not crack down on this potentially life-endangering problem now, future foreign mountaineers or trekkers may be deterred from visiting Nepal for fear of being scammed. This in turn would not only hurt the trekking industry but also the number of international tourist arrivals since the majority of international visitors come to trek through or climb Nepal’s treasured Himalayas.

Regardless of all these possible and current hurdles, organisations and agencies continue to eagerly prepare for the Visit Nepal 2020 initiative with much gusto. For instance, the NTB has been taking part in travel marketing roadshows all across the United Kingdom to raise awareness about Nepal’s tourism campaign since tourist arrivals from the UK rose by almost 25% in 2018, totalling 63,000 British tourists in Nepal that year. A spokesperson for the NTB, as quoted from the Travel Weekly website, said, “Many contacts in the UK travel trade have identified Nepal as a growth area for 2019, and the roadshows are expected to help the country reach its 2020 target of two million visitors.” 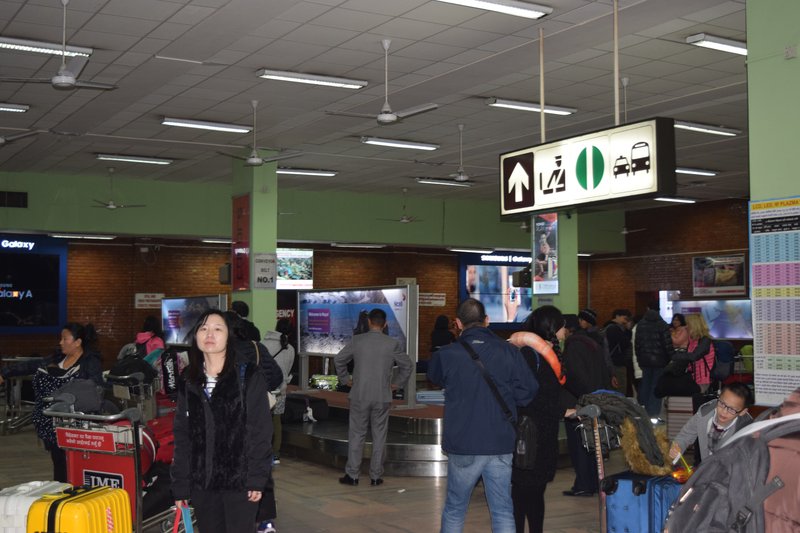 Whilst Nepal can commend itself for finally reaching the 1 million milestone in 2018, in spite of, and especially, after the events of the disastrous earthquakes three years ago, the government should not rest and think that reaching 2 million international arrivals will be any more easier. It is, indeed, an ambitious target and if the nation wants to be any close to achieving it, Nepal must continue to put more work in to take the right measures and ensure that the country is in the best state to attract the highest number of international visitors, thus, reaping the rewards and developing economically.

Humla Airport Has Shut Down Due To Heavy Snow Fall By NEW SPOTLIGHT ONLINE 2 weeks, 1 day ago

Qatar Airways To Launch Flights To Seattle From 29 January 2021 By NEW SPOTLIGHT ONLINE 2 weeks, 1 day ago 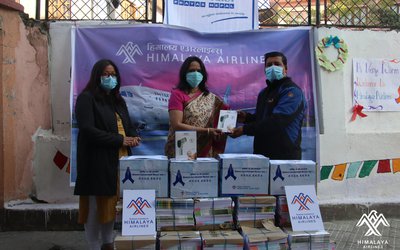 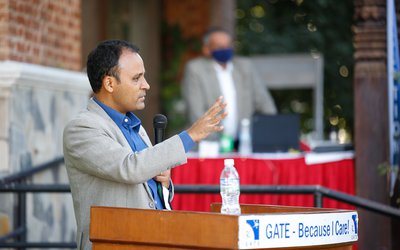 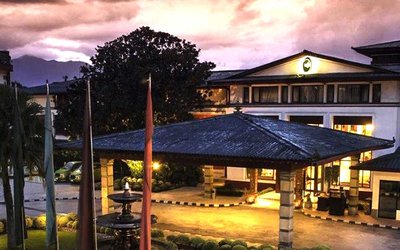 Hotel Annapurna Shut Down Due To Effect Of COVID-19 By Agencies 3 weeks, 6 days ago