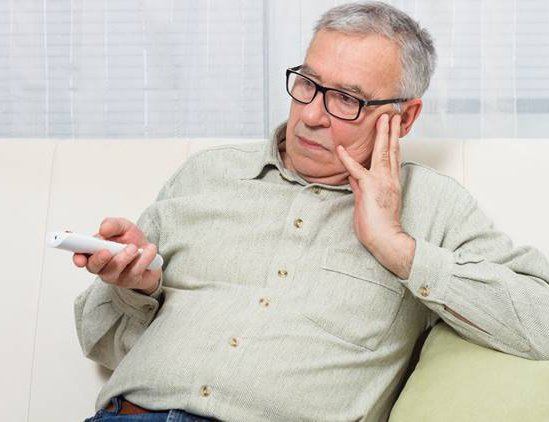 While studies have earlier established the link between decline in focus, memory and concentration levels in children due to watching television, a recent study has found that senior citizens or older people who spent at least 3.5 hours per day watching TV experienced a significant decline in verbal memory. The study was published in the journal Scientific Reports.

Researchers at University College London in the United Kingdom gathered and analysed data for over six years from the English Longitudinal Study of Ageing (ELSA) on 3,662 adults aged 50 and older.

The participants of the study were required to to memorise and recall lists of words within a given time. Another test asked them to list as many examples of a category (say, names of places starting with the letter A) as they could think of within a given time.

“Much less attention,” says study co-author Dr Daisy Fancourt, who works in the Department of Behavioural Science and Health, “has been paid to the effects of television viewing at the other end of the lifespan, despite it being hypothesized for over 25 years that watching excessive television could contribute to the development of dementia.”

As per Medical News, “Television has been described as a unique cultural activity in that it combines strong, rapidly changing fragmentary dense sensory stimuli on the one hand with passivity from the viewer on the other.”

So how exactly does watching TV negatively impact our verbal memory? As per the same report, “the researchers believe that watching TV could impact verbal memory through “cognitive stress”. Such stress, they argue, might arise from the alert-passive nature of TV viewing coupled with the psychological effects of witnessing violent, suspenseful, and graphic scenes.

Another explanation for the study findings could be that the more time people spend watching TV, the less opportunity they have to engage in “cognitively beneficial activities,” such as reading, playing board games, and cultural pursuits. This could imply that the potentially negative impact of TV viewing is not just a result of its direct effects, but also because it displaces activities that preserve cognitive ability, even though they may also be sedentary.”

“However,” note the study authors, “this remains to be explored further in future studies.”