Nepal And Bangladesh Ink Agreement On The Avoidance of Double Taxation

Nepal And Bangladesh Ink Agreement On The Avoidance of Double Taxation 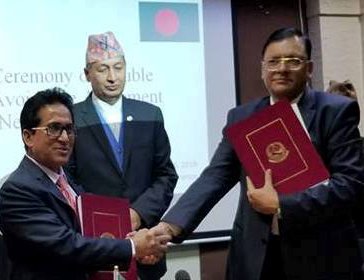 Government of Nepal and the Government of Bangladesh have signed an Agreement on the Avoidance of Double Taxation and the Prevention of Fiscal Evasion with respect to taxes on income.

The agreement concluded aims at providing settlement between the tax claims of the Government of Nepal and the Government of the People’s Republic of Bangladesh. It would also eliminate double taxation, promotion of bilateral trade, persons, services and capital investment.

Secretary Ghimire expressed the belief that the agreement would pave ways for the expansion of trade relation and investment between the two countries. 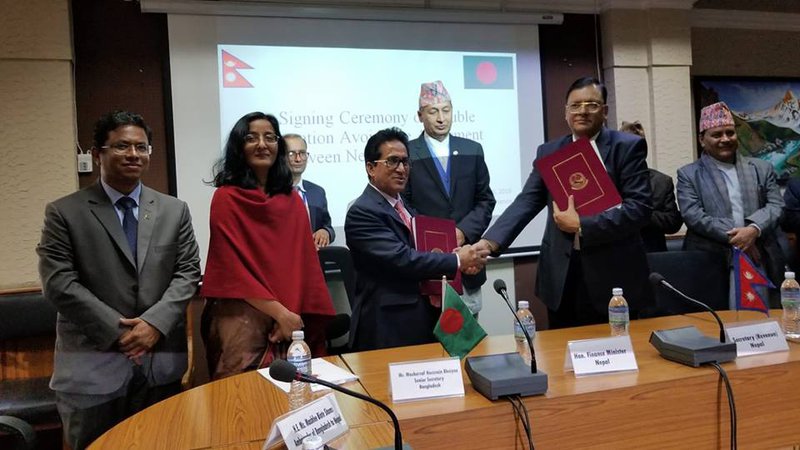 According to a press release issued by Ministry of Finance, the agreement signed between the two countries, also the members of SAARC as well as other regional organisations, would make a long-term effect.

Earlier, Mosharraf Hossain Bhuiyan, Senior Secretary, Internal Resources Division, Ministry of Finance and Chairman of the National Board of Revenue of Bangladesh also paid a courtesy call on Honorable Finance Minister Dr. Khatiwada. Matters of mutual interests and cooperation were discussed during the meeting.

FAO’s Asia And the Pacific Nations To Hold Regional Conference In Virtual Mode In September By NEW SPOTLIGHT ONLINE 14 hours, 35 minutes ago