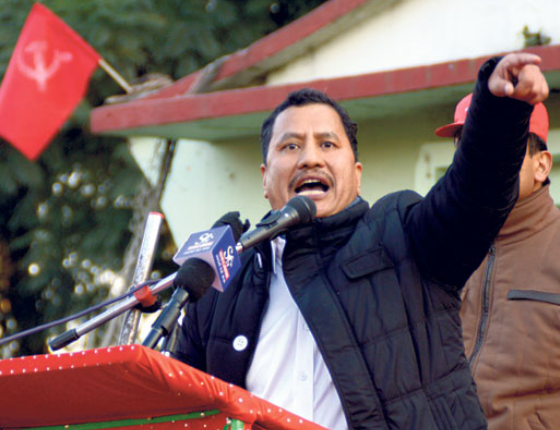 Netra Bikram Chand Biplab led Nepal Communist Party Nepal has withdrawn Nepal Bandh announce by it for Saturday or 30 March. According to a press release by the party, the party withdraws general strike as per the request of National Education Board and Human Rights Group, lawyers due to the ASEE Examination and Elections of Nepal Bar.

General Secretary Chanda led party announced general strike accusing the government for detaining and arresting its workers and ordering to fire below knee to arrest them.

“We have decided to withdraw general strike for now but we will give proper answer to the government against the police suppression against our cadres,” said a press release signed by Chand. 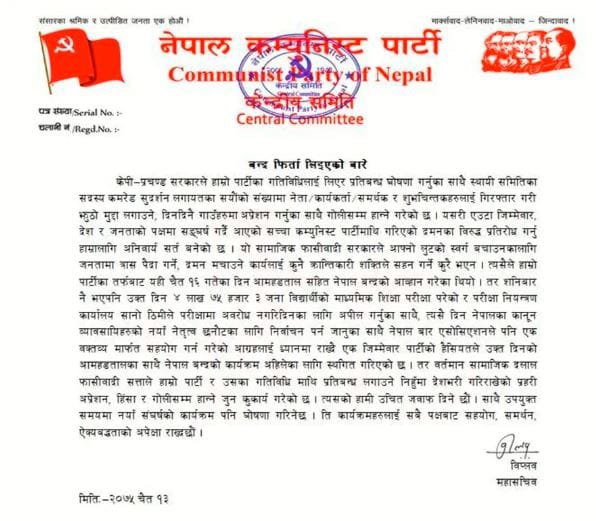 Large Number of Weapons And Explosives Recovered From Maoist In Morang By NEW SPOTLIGHT ONLINE 22 hours, 46 minutes ago

US , German And Chinese Ambassadors Wish On Dashain By NEW SPOTLIGHT ONLINE 4 days, 13 hours ago