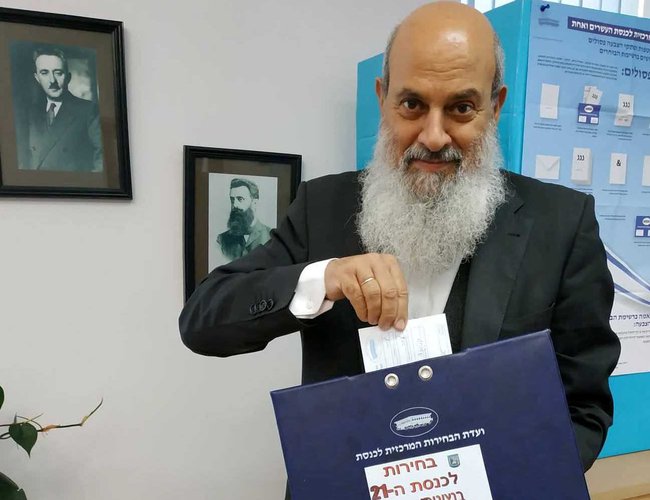 Israeli Ambassador to Nepal Benny Omer along with his deputy and other Israeli diplomats living in Nepal casted their ballots in the elections for the 21st Knesset on 28 March 2019, here in Kathmandu.

While Israel awaits to cast their vote on 9 April 2019, the Israeli representatives in 96 Embassies and Consulates across the globe will cast their ballot 13 days ahead of the election date in Israel. The Government of Israel makes special arrangements for the diplomats serving in different Embassies to cast their votes in the respective countries so that the votes could be counted on the Election Day along with other votes.

According to the Israel Knesset Election Law, private citizens living abroad cannot vote unless they cast their votes in Israel but Israeli diplomats residing in foreign nations can utilize their voting rights from anywhere in the world.

COVID-19: Number Of Children Living In Household Poverty To Soar By Up To 86 Million By End Of Year By NEW SPOTLIGHT ONLINE 6 hours, 22 minutes ago

Twelve Nepali Migrant Returnees Killed and 20 Injured In a Bus Accident In Banke By NEW SPOTLIGHT ONLINE 16 hours, 32 minutes ago