Province 2 Government Announces Rs.300.000 Each As Compensation Fo The Victims

Province 2 Government Announces Rs.300.000 Each As Compensation Fo The Victims 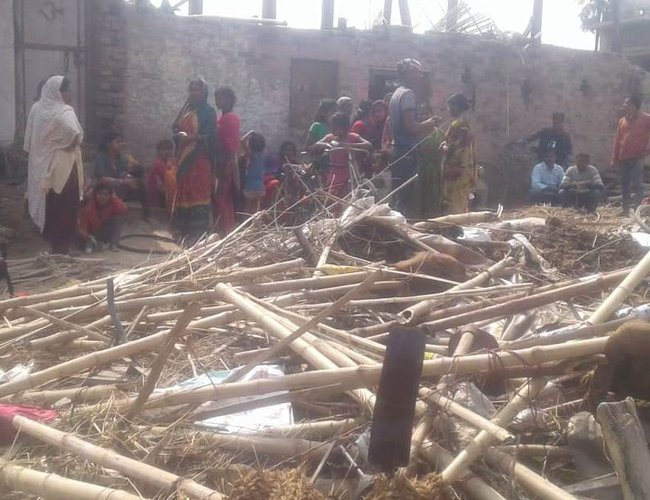 Province 2 Government announced Rs.300.000 each for dead family and free medicine to those who injured in heavy storm on Sunday night in Bara and Parsa Districts.

According to chief minister Lal Babu Raut, Emergency cabinet meeting of Province 2 took the decision. We will also take initiative to rehabilitation of the victims whose houses were destroyed by storm.

Prime Minister K.P. Sharma Oli along with his four cabinet colleagues are visiting the affected areas to console the families of storm in Parsa and Bara districts.

According to Nepal police, 27 persons killed and over 600 injured caused by storm. Nepal Police said, they are still collecting the damages with continual rescue operation.

Madhesh Based Party Demand To Include Its Agenda In The Amendment By NEW SPOTLIGHT ONLINE 6 hours, 49 minutes ago