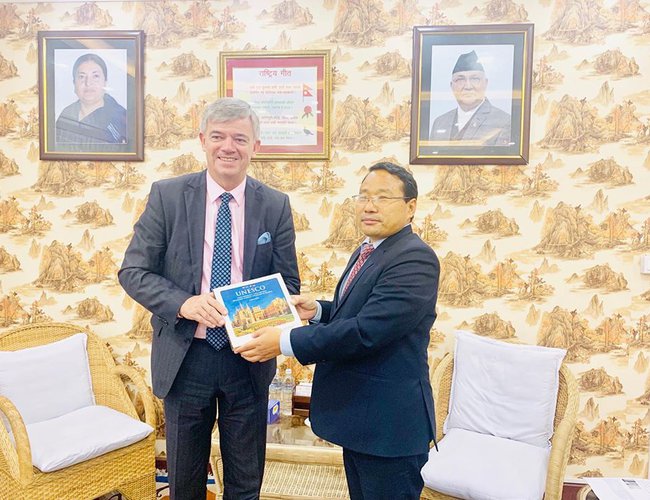 In a discussion with the minister of Energy, Water Resource and Irrigation Barsha Man Pun at Singhdurbar, ambassador Hovorka said that some Czech companies are interested to invest in solar and hydropower sector given Nepal government creates conducive environment for investment.

Ambassador Hovorka also said that there Czech Republic also wants to collaborate with Nepal in irrigation and modern water pump.

According to a press release issued by Ministry, minister Pun requested ambassador to give message of Nepal to Czech business communities that Nepal is willing to welcome them.