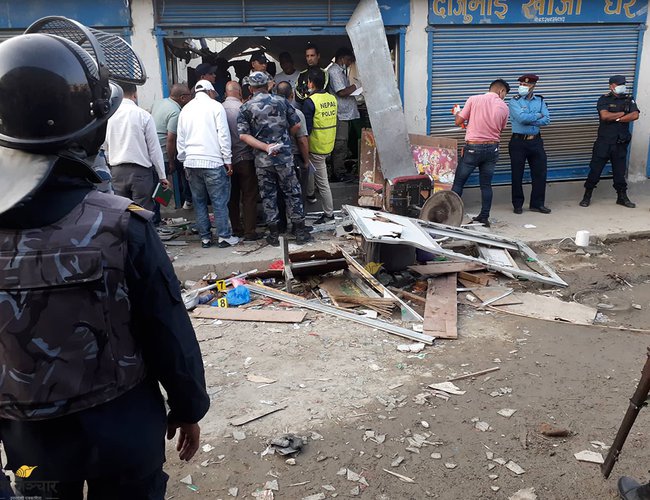 On the eve of General strike called by Nepal communist Party Biplab, people were terrorized following recovering bombs in the capital city. In an explosion in Ghattekula, one person killed and six other injured. Similarly,

According to Dessanchar.com, out of five injured in explosion in Sukedhara, the conditions of five persons is reportedly in danger. As the bodies of two who died in Sukhedhara are yet to identify as their bodies are scattered.

Nepal Army In Search Operation To Find Out Missing Korean And Nepali In Annapurna Circuit By NEW SPOTLIGHT ONLINE 14 hours, 24 minutes ago

India Supported Construction Of A School Building In Thankot By NEW SPOTLIGHT ONLINE 16 hours, 13 minutes ago