The Government Will Not Tolerate Terrorism Act: PM Oli

The Government Will Not Tolerate Terrorism Act: PM Oli 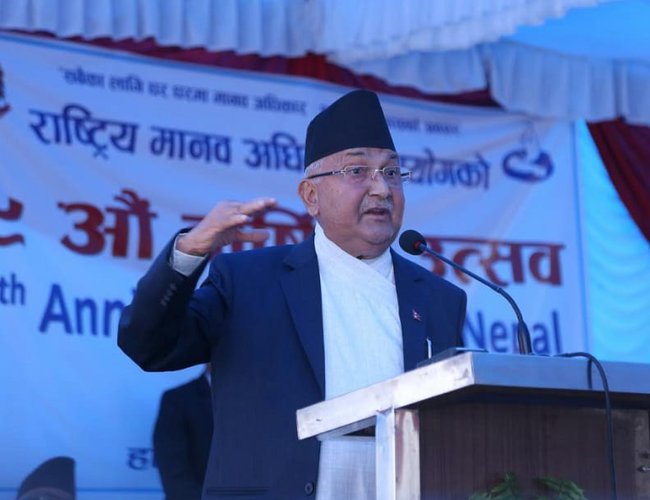 Prime Minister KP Sharma Oli said that some elements who do not want to see prosper Nepal is active now. Addressing 19th anniversary of Nepal Human Right Commission, Prime Minister Oli asked what demand they have and what do they want pointing to incidents of explosion.

He said that terrorist will not be allowed to functions freely. Prime Minister Oli said that the government will not tolerate terrorism and take stern action to contain them.

“Killing innocent people and terrorizing commoner cannot bring change. Since we have a political system which allows everyone to be prime minister through election, there is no reason to go for terrorism,” said PM Oli.

Newly Appointed Ambassador- Head of the Delegation of the European Union To Nepal Presents Her Credentials To President Bhandari By NEW SPOTLIGHT ONLINE 5 hours, 40 minutes ago

Citizens Along The Border Areas Could Save Nepal’s Territory: Home Minister Thapa By Agencies 1 day, 7 hours ago